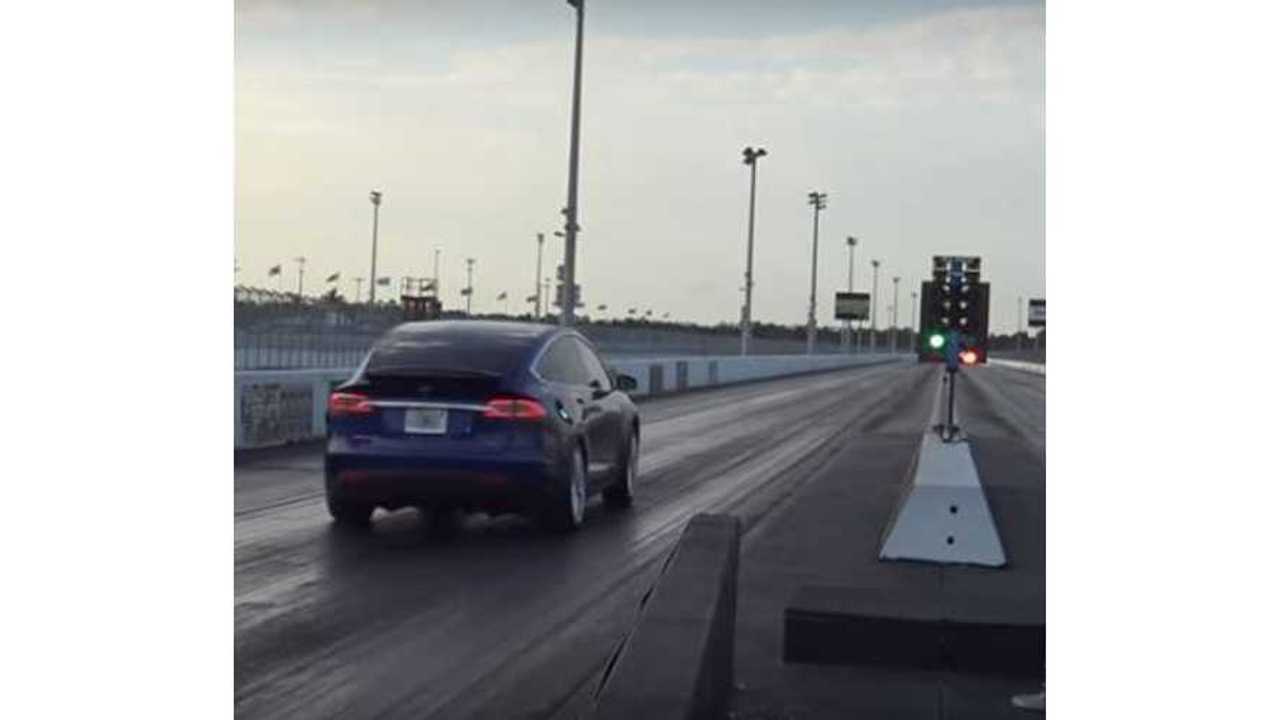 The sport of drag racing doesn't always require that a vehicle be fast to win.

There's bracket racing, which picks a winner based almost entirely on consistency.

Not familiar with bracket racing? Here's a basic rundown (via Staging Light):

"At a race, you are given several time trials, which are used just as practice, and to see what times your car runs. In eliminations, which are single elimination tournament style, it's you against one other racer. You select a time that you think your car will run. That's called your dial-in."

"When two cars compete, they subtract the dial-ins, and the slower car gets that much of a head start. The theory is that if both drivers get identical reaction times, and both run what they predicted, they will meet right at the finish line... a tie. In practicality, this never happens. Reaction times will differ, and the car may run quicker or slower than predicted."

Well, as RoadTestTV discovered, the Tesla Model X is one of the best bracket racers out there. It's quick off the line and puts down reliable, consistent results.