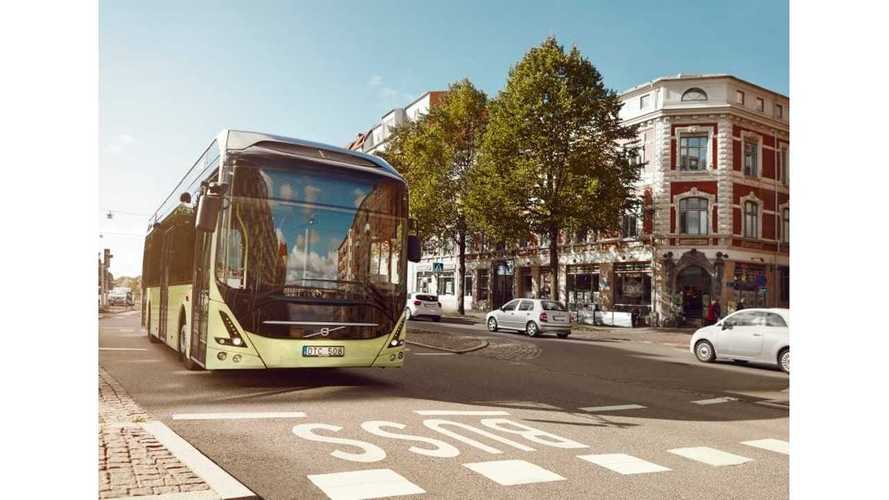 Volvo celebrated the first anniversary of the Gothenburg’s electric bus service this Summer - ElectriCity, which was launched in June of 2015.

The three all-electric buses in service on route 55 between Chalmers and Lindholmen surpassed expectations of the provider, and apparently received mostly positive feedback.

According to Volvo, both passengers and drivers of the e-buses appreciated the latest form of public transit, mostly because of the quiet and smooth operation.

With another positive test logged, we expect continued EV bus orders in Sweden for Volvo.

"According to Public Transport Authority Västtrafik, passengers are generally very satisfied with the service. The fact that the buses run on renewable electricity is regarded favourably, and the bus stops at Chalmersplatsen and Teknikgatan are rated very highly. About 80 per cent of passengers appreciate the free WiFi on board, and no less than 93 per cent feel that the low on-board noise level is a great benefit. Measurements carried out by Volvo confirm these perceptions and show considerable differences in noise between diesel and electric power, both inside and outside the buses, particularly at low speeds.

Surveys carried out by bus operator Keolis show that the bus drivers also feel the low noise level is one of the biggest advantages of electric power, both because it contributes to a better working environment and because it is appreciated by the passengers. The fact that the buses are equipped with zone management which automatically limits speed in certain areas is regarded as positive and boosts safety.

Route 55 is not only Gothenburg’s first route serviced by electric buses, it is above all an arena for showcasing the latest technologies and for developing emerging solutions. That is why the programme is being studied very thoroughly. The latest vehicle and charging infrastructure statistics from Volvo, Keolis and Västtrafik show that the results are on a par with or have exceeded the targets for charging function, punctuality and service provision."

"The immense interest in route 55 is confirmed by visitor statistics from Business Region Göteborg. So far more than 100 delegations totalling almost 5500 participants from cities the world over have visited Gothenburg to see how the cooperative electromobility project and its traffic operation actually work in practice.

“These excellent results show that the technology for electrified bus operations is ripe for more broad-based introduction. Electric power offers new possibilities for cities to transition public transport in a sustainable direction, promoting safer traffic and a healthier environment with less noise and better air quality.”

“The buses running on route 55 are already connected to our platform allowing developers controlled access to data to build smart applications. Now we’re taking the next step as a partner in ElectriCity. It’s an exciting project in which we, together with the other partners, will be able to develop and test sustainable transport solutions for smart cities – in real life.”