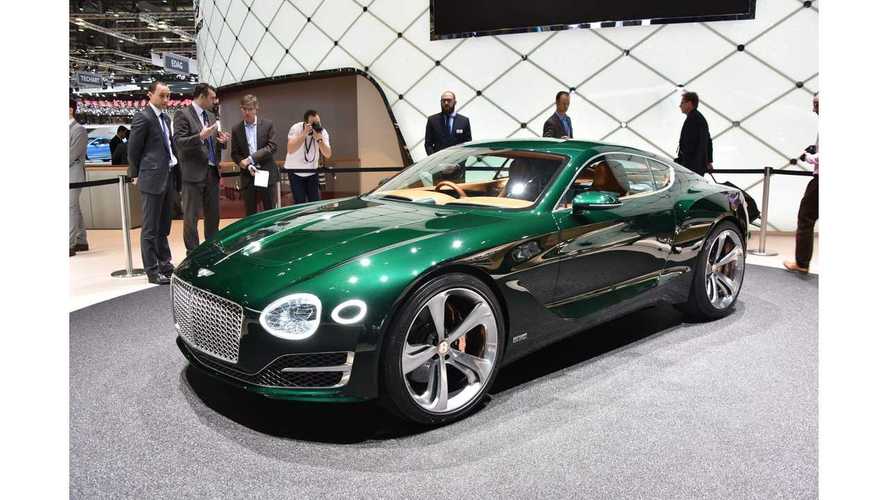 Bentley unveiled a plug-in hybrid concept a few years back, but nothing else surfaced regarding it ever since. Apparently, things have now changed.

CEO Wolfgang Dürheimer recently spoke at the Automotive News World Congress in Detroit, and after a brief mention of self-driving vehicles, he revealed that Bentley will soon offer PHEV options across its entire lineup.

“You will understand if I don’t reveal our entire future product plan here today, but I can say that we are eager to introduce plug-in hybrid technology across all model lines in the next few years.”

Previously, talk was stirring about a possible electric-only Bentley. Stefan Sielaff, the company's new director of design, had reportedly presented the concept and pushed its exploration. But recently, Sieloff made it clear that, although the possibility was up for discussion, not every idea becomes a reality. While Dürheimer’s announcement doesn't completely rule out the BEV platform, it leads us to believe that, at least for now, the automaker is going to stick with the PHEV option. Dürheimer explained:

“For Bentley, I consider PHEV much more than a transitional technology. It combines the best of both worlds.”

Until charging infrastructure is widely implemented, and high energy density, long-range batteries are more reasonably-priced, we will continue to see many major automakers add PHEV options over BEVs.

Dürheimer is not a fan of autonomous driving, and made it clear that Bentley will likely never offer a fully self-driving vehicle. He believes that people should always have control of their cars. He said:

“Technology in isolation is cold and can never be truly luxurious. We must never lose the human touch.”

The first of Bentley's plug-in hybrid powertrains will be offered reasonably soon in the Continental GT and Continental GTC. Actually, it will be a Porsche powertrain, coming directly from the currently available Porsche Cayenne PHEV midsize SUV. Sometime in 2018, we are likely to see the technology in the Bentayga, with a coupe version to follow during the next model year.