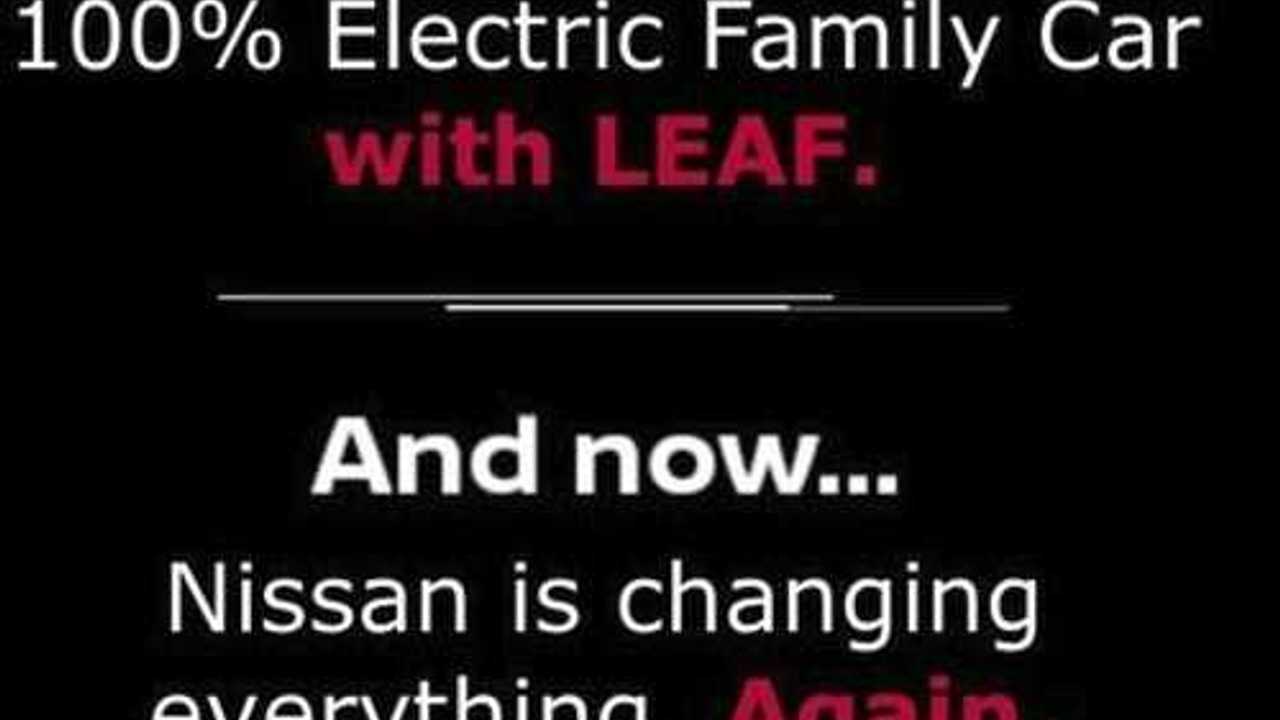 A Revolution Is Coming!

A few days ago, in the build up before the 2016 Paris Motors Show, Nissan released a video on YouTube titled "A revolution is coming: Nissan at Paris Show 2016." It's widely believed that the vehicle in the video is the new Nissan Micra. However, even more recently, Nissan releases this teaser with a connection to the LEAF:

We're note sure if the new LEAF will be displayed in Paris, but we've reached out to Nissan for comment and will update this story if more information becomes available.

For now, we've got our fingers crossed that either something LEAF-related or plug-in related is tied to this reveal set for the opening day of the Paris Motor Show.