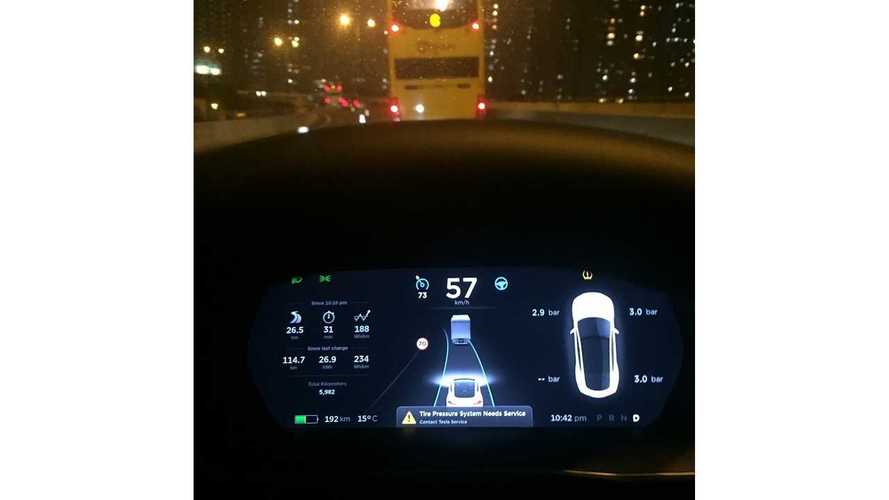 Tesla Autopilot Capable Of Going 5 MPH Over Speed Limit, But Not 8 MPH As Shown In Image

Tesla is adding back the ability to go up to +5 over the speed limit for Autopilot on Model S and Model X.

A few weeks back, Tesla pushed through a software update that limited Autopilot to the speed limit on all roads except for divided highways. The move was thought to be made so that it's vehicles would operate more safely under trickier Autopilot conditions.

Tesla owners immediately voiced their concerns and dislike, stressing that in a lot of situations it just made drive unsafe. (who can tolerate persons actually driving the exact speed limit in reality?).

Now, just a few weeks later and without explanation, Tesla has added back in the ability to exceed the speed limit by up to 5 mph while operating on Autopilot on roads and non-divided highways.

The 90 mph maximum highway Autopilot speed is still in place, but Tesla owners are once again able to speed (if they choose to do so) on all roads while operating on Autopilot.