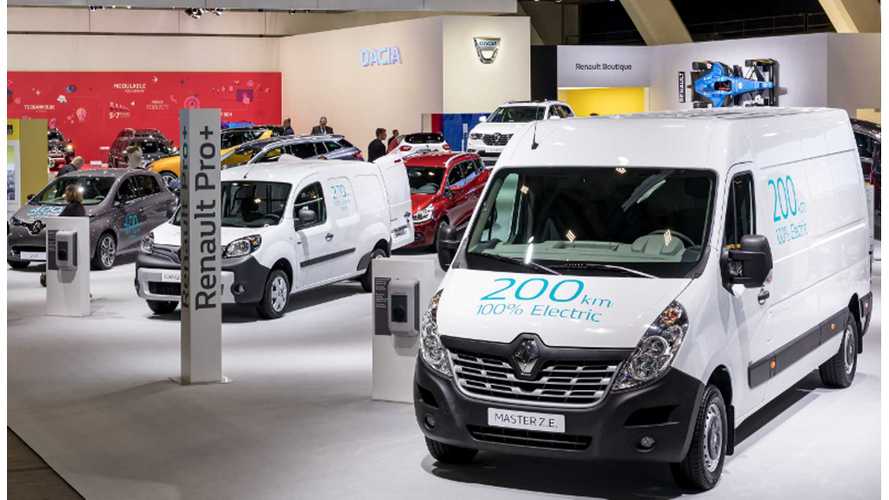 Renault unveiled at the Brussels Motor Show a new electric model - the Master Z.E. heavy van along with an updated Kangoo Z.E.

Sadly, the pack is much smaller than in ZOE (41 kWh), which makes us wonder why Renault would choose this low-range route?

Charging to full from 7 kW AC is achieved in six hours.

Sales (in Europe) of the Renault Master Z.E. are to begin less than one year from now - by the end of 2017.

A few additional details (no price announced yet) are in the press release below:

Master Z.E. gains the Z.E. expertise of Renault, European leader in electric vehicles, while maintaining all the qualities that have made Master a benchmark in the heavy van sector.

This electric version of Master is aimed primarily at fleets running last-mile distribution services in the city, as well as large municipalities and local government. This heavy van’s load characteristics, range and charge time are tailored to the needs of business customers in and around cities.

Master Z.E. takes less than one night to charge: a full charge takes six hours with the 7 kW WallBox.

Master Z.E. will arrive in the European market at the end of 2017.