2017 BMW i3 Specs Revealed With Some Surprises 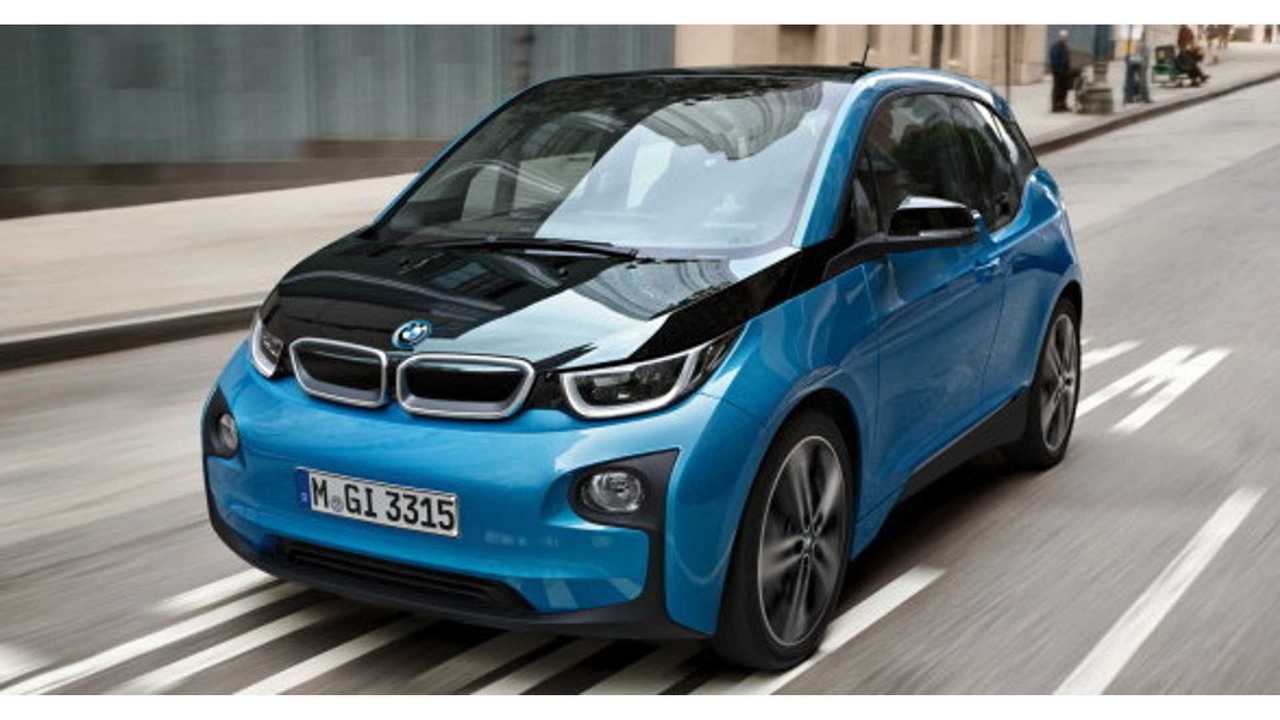 While many of the changes that the 2017 BMW i3 will be getting have already been announced; such as the availability of the anticipated 94 Ah battery cells, the new Protonic Blue color and a moonroof option, I've now learned there are also more subtle changes in the US for the new model year.

First, and most interesting, is the revelation that BMW will indeed continue to offer the i3 with the current 60 Ah battery, offering a lower range and lower cost i3 alternative. This is something that I don't believe has been reported on any other EV news site to date. I speculated that BMW would do this back in March, when I wrote this post dedicated to the topic. BMW hasn't made any statements regarding offering two battery options, and made no mention of it in the the official press release of the 2017 i3. Still, my sources tell me otherwise.

The 60 Ah i3 will only be offered as a BEV; the range extender will not be an option. BMW will hold the price and offer it for the same $43,395 ($42,400 plus $995 for destination and handling) as the 2016 i3 sells for.  The 60 Ah i3 will keep the same packages as previously offered. Mega World is the standard model with Giga World and Tera World serving as the upgrade packages. The 60 Ah BEV offering will allow customers that don't need the extra range a way to save some money.

The 19" BMW i Star Spoke 427 style wheels (pictured above) will remain the standard wheels for the 60 Ah BEV i3 in 2017. They will however not be offered on the 94 Ah i3. For the 94 Ah i3's (BEV or REx) the 19" Turbine 429 style wheels that were previously only offered as an option in the Giga World package will be standard. The 20" Sport wheels are still optional, and cost the same $1,300 as in previous years

Personally I don't see a big demand for the 60 Ah model. It's only $1,200 less than the new 94 Ah i3 and will have a much shorter range at 81 miles per charge compared to 114 (est) for the 94 Ah i3. Forty percent more range for only $1,200 makes the decision a no-brainer in my opinion. So why is BMW even bothering to offer the 60 Ah battery anymore? My guess is mainly for fleet sales. They'll probably offer up a very competitive lease deal for fleets, like they recently did for the Los Angeles Police department. It's also possible that they have excess supply of 60 Ah battery cells that need to be used. BMW no doubt had to guarantee to purchase a certain number of cells from Samsung when they negotiated the original supply contract. Perhaps they didn't sell as many i3s as planned, and still have a few thousand 60 Ah packs to use, however that's pure speculation.

The 94 Ah BEV will list for $44,595 and the REx will now cost $48,350. Comfort Access and the Universal remote garage door opener are standard on the 94 Ah i3. To get them on the 60 Ah i3, you need to upgrade to the Giga World package. So that alone helps to close the $1,200 gap in pricing between models. The much anticipated moonroof is available as an option on both models for $1,000, but it's not available on the 60 Ah model. The 94Ah i3 has a new standard trim called Deka World. With the standard Deka trim, as mentioned above, the Turbine 429 style wheels are standard, as is the Deka Dark cloth, an interior not previously offered in the US although it had previously been offered as the standard interior on European i3s.

The new standard Deka World is called "Atelier" in Europe. It's a combination of dark gray and black cloth, with BMW i blue trim.

There are then three optional "Worlds" to choose from, instead of the two in past years. Mega World, a $1,400 option, offers the 19" Turbine 428 style wheels and the Mega Carum Spice cloth interior.  Mega World doesn't  offer an interior upgrade, like Giga and Tera Worlds offer. Instead it's actually just a different color cloth with no upgrades in the dashboard trim. One potential problem I can see with this, is that Mega World is the standard interior on the 60 Ah i3, and it doesn't offer the 19" Turbine 428 style wheels. So "Mega World" isn't the same on all i3s, you need to know which battery the car has to know what wheels it comes with. It's standard on the 60 Ah, but optional on the 94 Ah, and has different wheels depending on the battery. That's certainly going to give some client advisers and customers a headache.

The Dark Oak wood trim is a new offering on the i3. It is available in the Giga or Tera World packages and customers get to choose if they prefer this, or the lighter Eucalyptus wood which was previously the only wood trim offered.

The Tera World interior remains the same. The only exception is there is now a Dark Oak Wood trim option. My i3 pictured above has the Eucalyptus wood trim. Customers now have their choice of which wood they prefer.

The top of the line World is still the Tera World, and it's a $2,600 option. It has the exact same offerings as the Giga World, except it has a full leather interior. It's the same Dalbergia Brown color as in previous years and what I have in my i3.

That's all I have for now. Based on my research I believe everything above is correct. However BMW hasn't formally released these details and it's possible that I didn't get everything 100% correct. I'll follow up and make any corrections necessary if that proves to be the case.