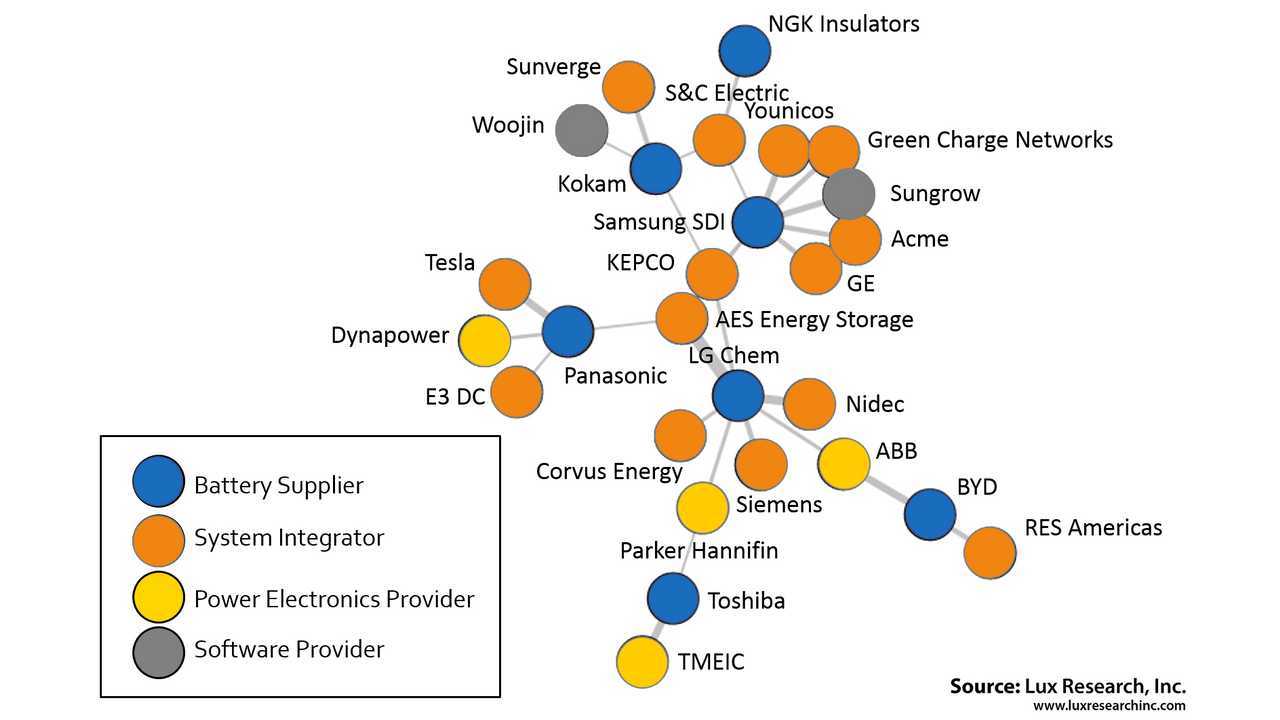 Lux Research has released a visual presentation of the key partnerships of the seven leading stationary storage battery suppliers.

As we can see, most of the leaders have established a few strategic agreements with system integrators and also sometimes with power electronics and software providers.

Having partners not only secures volume sales, but also translates to access into new markets.

Four other companies got "Wait and See" status in the ESS market.

"The above graphic shows some of the key partnerships of seven leading stationary storage battery suppliers, but do note this is not an exhaustive list. Relative line thickness indicates the strength of a partnership – the thicker the line, the closer the relationship. These line thicknesses were developed using the total amount of capacity deployed as tracked in the Lux Research Grid Storage Tracker (client registration required), as well as publicly available partnership information. Below, we look at seven of the leading battery providers, providing an overview of key strategies and our “Lux Take” on the strength of each network.

The market for stationary energy storage is still small, though it is showing impressive potential – since 2011, Li-ion systems have grown at a compound annual growth rate (CAGR) of over 50%. Partnerships can provide better pathways to market for battery companies in the fledgling stationary space, eliminating the investment required to develop software and power electronics, while also avoiding the complexities of understanding project permitting and construction. However, it is important to note there is not only one pathway to success, and a weak partnership network doesn’t mean a company will fail. As the stationary market matures, companies which are vertically integrated will be able to offer the most competitive pricing and capture the greatest market share. Clients should view partnerships as an important short-term strategy entering the market, gaining market share, and refining technology, but understand this model will likely lose out to vertically integrated companies over time."