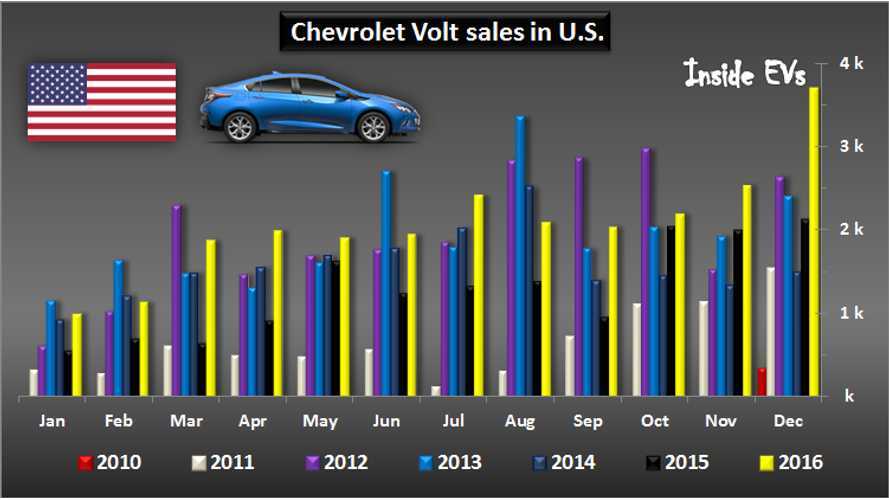 Looking ahead it would seem the Volt is well positioned to have another record breaking year.

However, there is another train of thought that says when the Chevy Bolt EV is stocked in inventory beside the Volt, GM's original plug-in may find some 'in-showroom' competition.  But then again, perhaps they will be complementary products.  Only time will answer this question - see you next year!

Graph below: We present more than six years of Volt sales date in the U.S., charting the path from zero to nearly 113,500 sales...and still the best selling plug-in for America