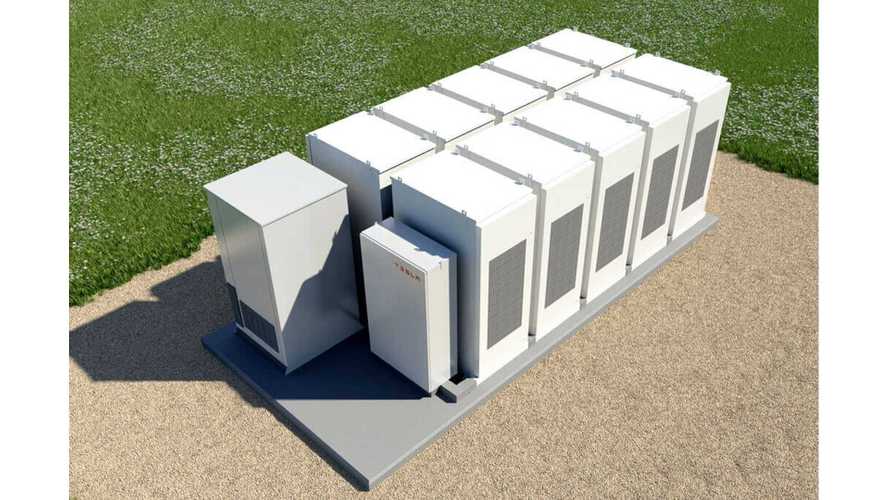 Today, Tesla Powerwall installations are spread across the world, while the utility-scale sized Tesla Powerpack energy storage system are just now getting traction outside of the U.S.

In Europe, the first installation was recently announced by Camborne Energy Storage in the UK.

While for Asia-Pacific, in New Zealand, grid provider Vector announced last Thursday that it had just installed a "grid-scale" Powerpack system in Glen Innes (Auckland) consisting of 24 Powerpacks - good for 1MW service, and 2.3 MWh of storage.  (Check out Vector's full press release here)

Vector's Chief Executive Simon Mackenzie says Tesla Powerpack introduces an agility and flexibility into how Vector manages and invests in its network.

"By gauging trends such as household energy consumption, the effect of infill housing and the uptake of new energy systems, we can target growth areas and defer or avoid the significant investment required in a new substation.

"And when connection or consumption growth requires a conventional network upgrade, we can mobilise the batteries to other parts of the network where power demand is rising," he says.

"This is transforming the way the energy sector is managed and will have a powerful influence on consumer behaviour."

As for Camborne's UK installation, ultimate total capacity of the Powerpack syste is yet to be disclosed (although it starts with five 100 kWh units), but Camborne states power output will be good for 500 homes. ESS will be paired with solar.

Press release for UK Tesla Powerpack installation in Europe below:

"Camborne Energy Storage (“Camborne”), a UK-based developer of large-scale energy storage projects, is pleased to be installing the very first grid scale Tesla Powerpacks in Europe. With the recent arrival of the batteries to a site in Somerset, Camborne are co-locating them with a ground mounted solar PV site.

The combined solar and battery installation has the capacity to provide power for over 500 homes. Camborne has selected this design to demonstrate the ability to provide a balanced grid and grow its ambitions for pioneering co-located energy systems throughout the UK.

This installation is a significant milestone in continuing Camborne’s strategy to deploy battery energy storage across the UK. Each of the Camborne installed systems are designed to further assist and improve the efficiency of the UK’s energy infrastructure and support the renewable energy industry’s ability to provide baseload power in the future.

The Tesla Powerpacks, installed by EPC Poweri Services, have been produced specifically to operate and integrate seamlessly with the solar PV site, optimising the existing assets and providing ancillary services to National Grid."

“the development of Tesla’s first European grid-tied system is an exciting step forward for Camborne and Tesla in terms of our respective storage strategies. This project is another success for storage development in the UK and being co-located with a renewable generation site, should offer significant benefits to all stakeholders.”