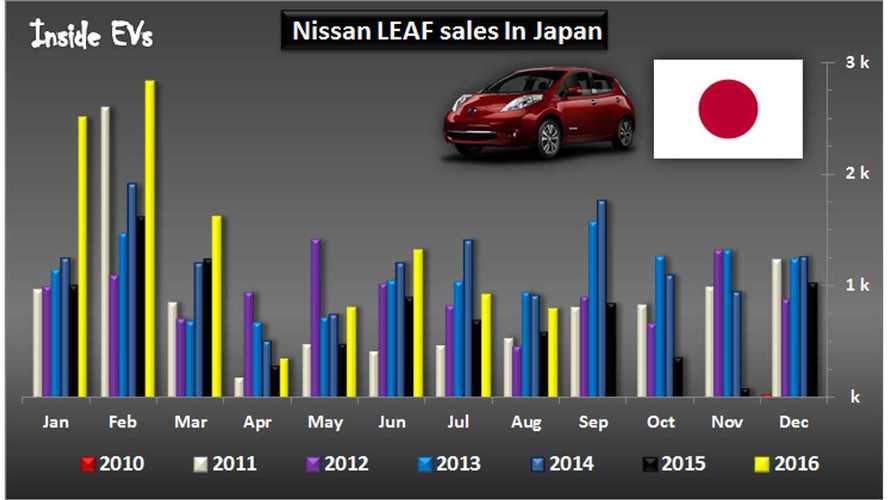 This year in Japan, Nissan LEAF sales have improved every month compared to last year.  So we assume that the 2016/30 kWh version has done the job in keeping up the momentum for Nissan's EV until the larger improvements show up in 2017.

In August, LEAF sales growth in Japan amounted to 36%, up to 791 cars sold, not far from the best August ever.