General Motors CEO: Chevrolet Bolt Is Our Platform For A Huge Range Of Vehicles - Video Interview 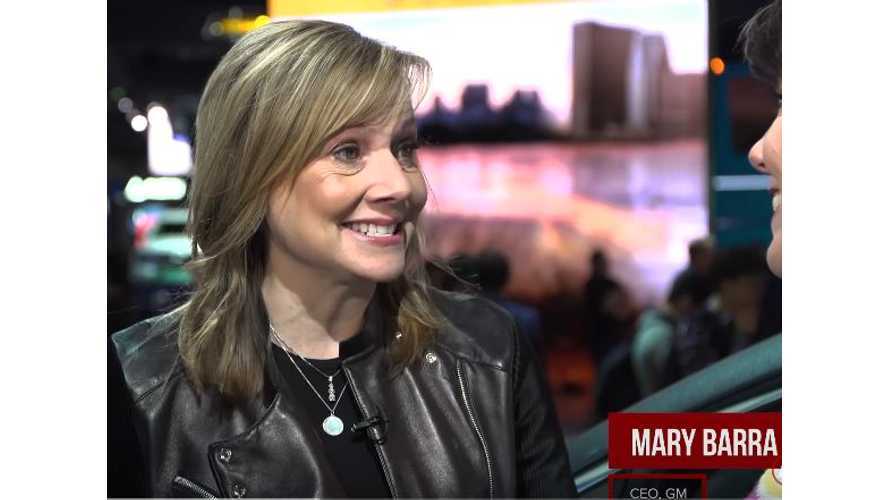 CNET's Roadshow had the opportunity to interview General Motors CEO Mary Barra at the 2017 NAIAS.

"The boss of GM gives us the scoop on the Chevy Bolt and the future of EVs in the company's portfolio."

Just prior to the 1-minute mark (the discussion after the Volt & Bolt mention turns to the Camaro, trucks and other non plug-ins), Barra discusses how the gen 1 Chevy Volt evolved into the gen 2 Volt and was followed up by the Chevrolet Bolt.

Barra goes on the say that:

"...the Bolt is our platform that we're going to continue on and have a huge range of vehicles."

She notes that general Motors hasn't announced any of these vehicles yet, but they're coming and we're intrigued.

"The platform that we got here (Bolt EV) is really the platform of the future for us...this is a great platform for us, it really is our future"

(hat tip to IEV reader WadeTyhon for the heads up)