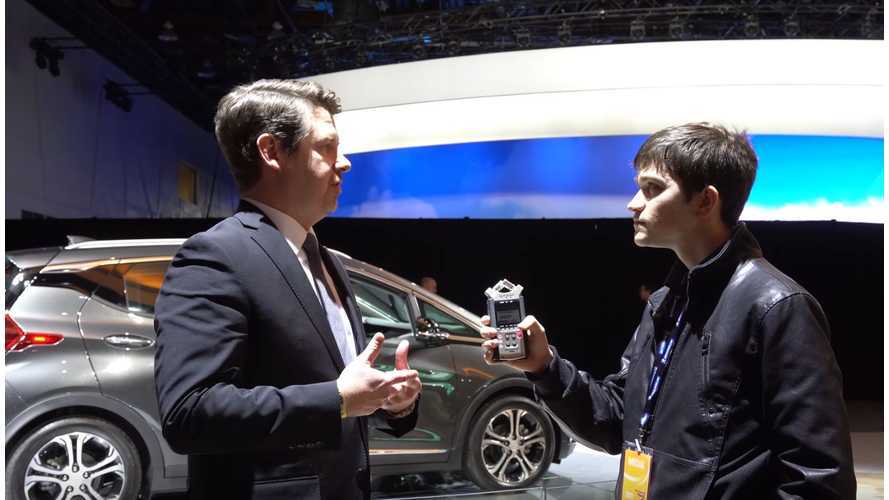 In an interview at NAIAS in Detroit, Darin Gesse, GM's Senior Manager for Chevrolet Product Strategy, talks about how much positive reception the Chevrolet Bolt is receiving, especially since the vehicle was named North American Car of the Year.

He discusses and explains some of the technological aspects of the car, like "one foot driving." Basically, the car slows itself when you let off the gas pedal, without having to apply the brakes, which regenerates power. He says that this is helpful when driving in stop and go traffic. Gesse also mentions more widely-known features like Apple CarPlay and Android Auto.

Initially, many early tech adopters came forward, but now Gesse is seeing "fast followers." People are confident in Chevrolet's electric platform, due to the success of the Volt. Gesse said that many people who would  not have considered buying an electric vehicle are taking interest in the Bolt.

The Chevy Bolt EV was just declared the North American Car of the Year at NAIAS 2017 in Detroit. But who's actually buying it? We talked to GM's Darin Gesse, Senior Manager Chevrolet Product Strategy at General Motors.