Renault Electric Car Sales Up By 20% In May – Details 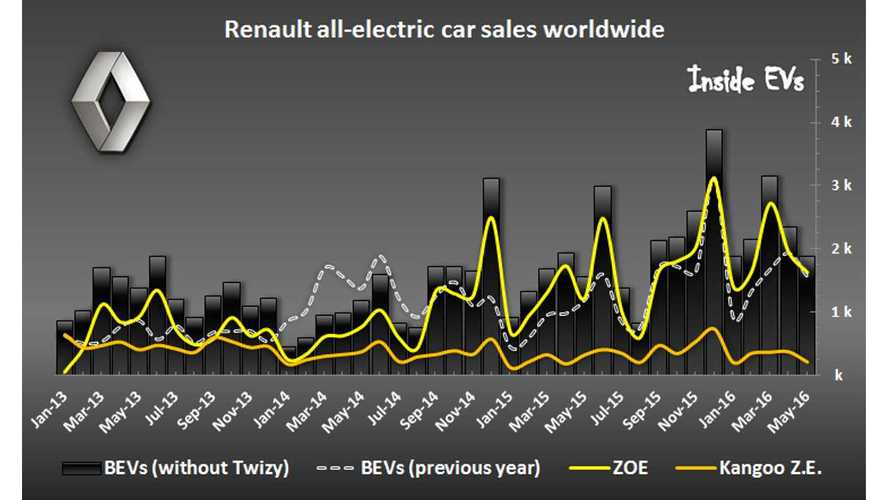 Unlike other major automakers producing plug-ins, Renault has the difficult task of having to make a business case for the plug-in platform by supplying only Europe.

So far that has not been a problem, as the French company is doing quite well, taking in the #1 spot in model ranks in May for Europe, thanks to the all-electric ZOE.

In total for the month, Renault sold 1,889 electric cars - up 20%.  It was also the 21st consecutive month of growth for the brand.   Including in the all-electric quadricycle Twizy, which was up (for a change) by 15% in May, the net plug-in total was 2,073 registrations.

Renault all-electric model breakdown for May in Europe:

As you can see, the ZOE is the key model that drives Renault BEV sales. At this point, the growth isn't stunning but it's at least stable.  We should note this is also at the end of the 1st generation life for the ZOE, a time notorious for sales drop-offs.  This Fall we should see a new ZOE, with much further range announced at the Paris Motor Show the first of October.