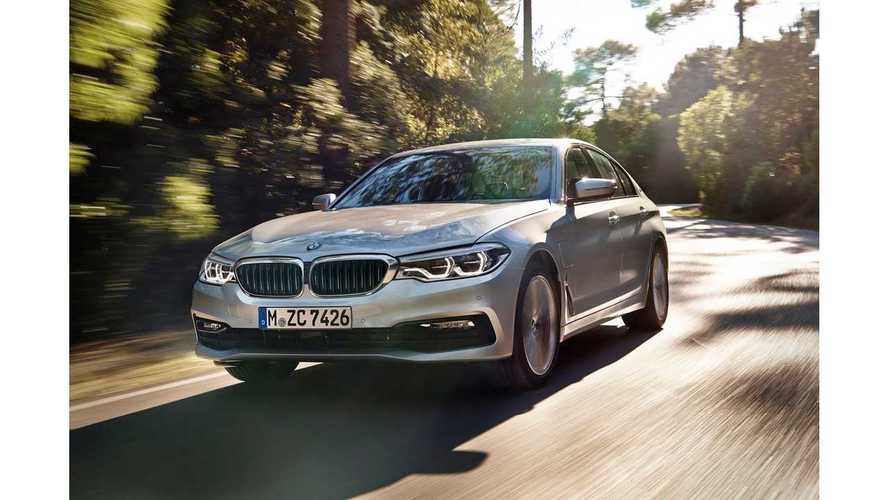 BMW presented the 530e iPerformance for the first time in the US in Detroit for NAIAS (and a few other petrol vehicles we really don't care about).  The plug-in sedan arrives in the US in March, and is expected to be a strong seller.

It will be available in rear-wheel and all-wheel drive versions, and from a really great price (relative to other 5 Series offerings from BMW):

Assuming an estimated $4,668 federal tax credit, the BMW 530e lands in the midst of plug-in hybrid market in terms of both range and prices, but also as the most inexpensive 5-Series by more than $3,000.

Above you can see the 530e's introduction at NAIAS, while below we can take take a look at the details.