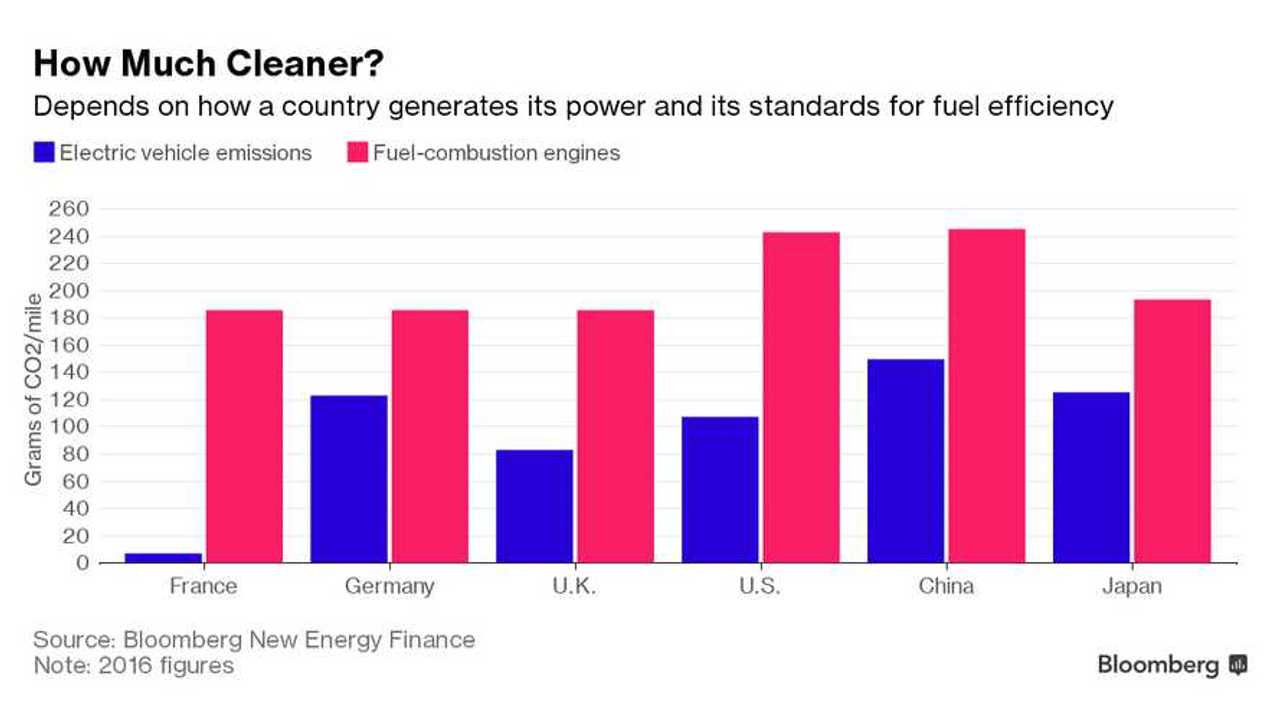 The indirect EV emissions put out are near-zero in countries like Norway and France, where (respectively) renewable energy sources, or nuclear, provides near clean electricity.

While in other countries, average CO2 emission differences obviously varies, but in general are still significantly lower taking into consideration the energy mix.

"The London-based research arm of Bloomberg LP and the Union of Concerned Scientists both have analyzed the ultimate contribution that electric cars make to emissions and found that on average they’re 40 percent to 50 percent cleaner than those that fuel from gasoline or diesel.

Those estimates -- and the forward view on where emissions from the power generation industry are going -- are crucial to understand how much global-warming pollution will come from transportation in the decades ahead."