Toyota Getting Bullish On Plug-In Hybrids (yes, you read that right) 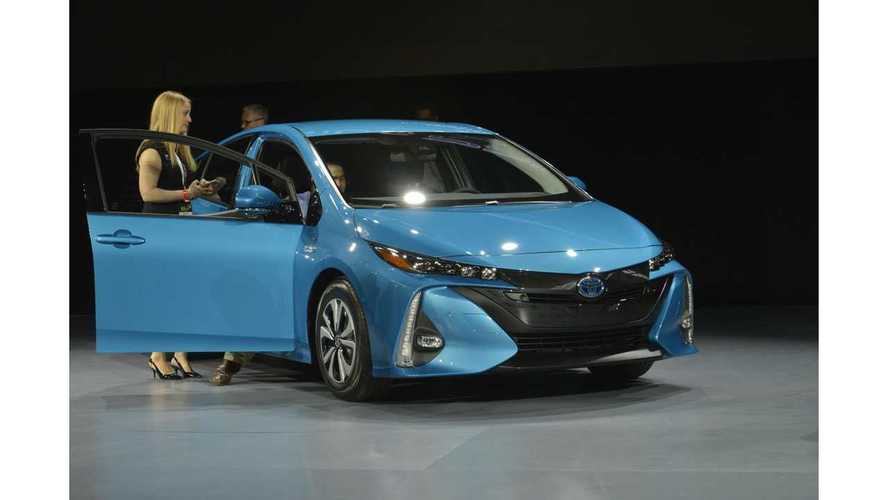 Japanese news outlet Asahi Shimbun is reporting that a high-level engineer at Toyota says that the automaker is bullish on plug-in hybrid and notes that Toyota's big push into this segment begins with the new Prius Prime.

As the report states:

"The first Toyota plug-in was launched in 2012, after limited leasing from 2009. It will start selling its remodeled plug-in, called the Prius Prime in the United States and Prius PHV in Japan, later this year."

Toyota Chief Engineer Kouji Toyoshima says that the automaker may be a bit late to the game, but notes that "We were just studying it thoroughly" and says that the end result "is at the top level among plug-in hybrids."

Toyota says that additional PHEVs will follow in the Prius Prime's footsteps, but the automaker has not announced any firm plans for those other vehicle at this point in time.

Pricing for the Prius Prime has also yet to be announced, so it's unclear how much of a success the plug-in hybrid from Toyota ultimately will be.

If priced right, the Prius Prime (full details) could be hugely successful, given its specs: