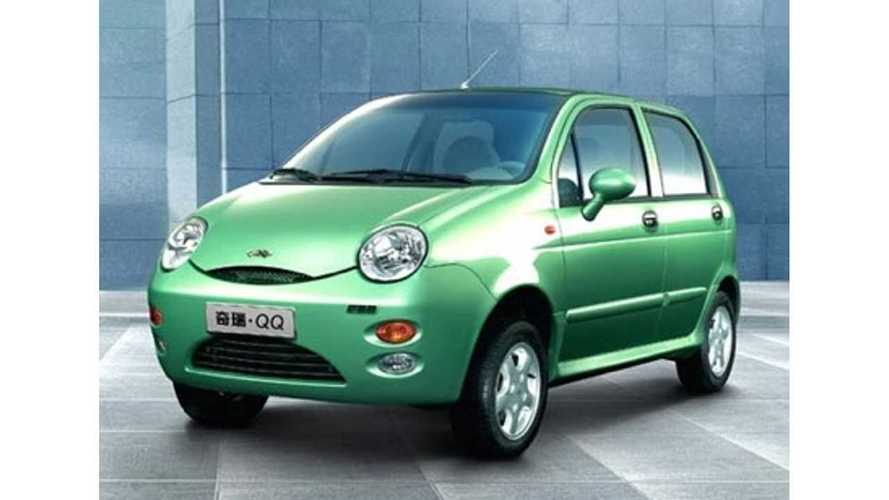 The vast majority of electric vehicles sold in China are locally made and relatively cheap. That doesn't bode well for Tesla who has neither of those qualities going for it and has had difficulties living up to initial sales expectations in the country.

"More electric cars are sold in China than in the rest of the world combined, but are mainly locally-branded models that are cheaper and have a shorter range than those offered by foreign automakers such as Tesla and Nissan."

"The domestic EVs don't have the 'wow' factor of a fast, longer-range and luxury-style Tesla. They sell on price."

In 2016, sales of plug-in electric vehicles (including commercial vehicles and buses) crossed 500,000 in China, but relatively few of those sales went to outsiders likes Tesla.

One of China's hot electric cars in the Chery eQ. After subsidies, it sells for just 60,000 yuan ($8,655). Compare that to a Tesla or Denza (BYD/Daimler joint venture brand) which sell for 300,000 to 600,000 yuan and you can see why the luxury models struggles against their much cheaper competition.

Quoting Xie Chao, an employee at a chemical company in Shanghai:

Qu Lijian, a 31-year-old government worker in Beijing, sums up the situation rather well, stating:

He eventually purchased a BYD Qin.

You can be certain Tesla wants a large chunk of the Chinese market, but it simply can't offer an EV that's priced low enough to grab a decent share of sales. That's okay though, since Tesla seems to be doing just fine in terms of sales elsewhere around the globe, but eventually in roads will have to be made into the world's largest EV market.