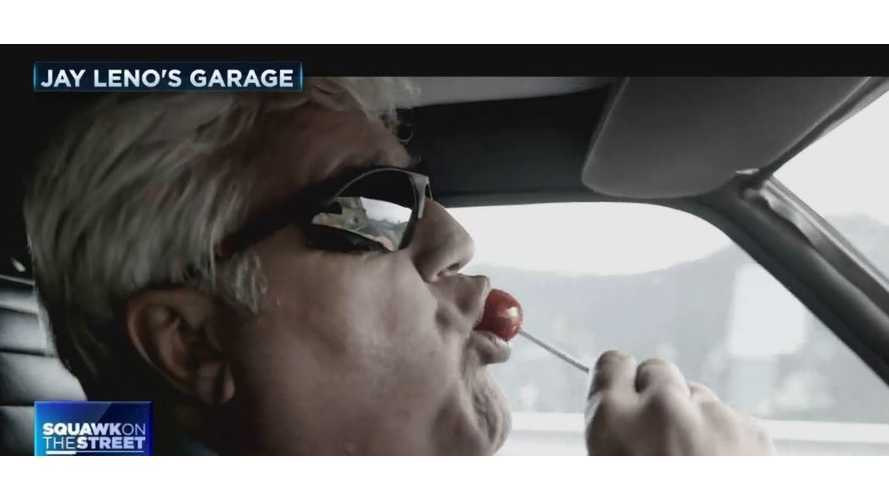 Jay Leno is known as a car aficionado and one of the largest collectors of American cars. He is the proud owner of 286 vehicles, including classic and contemporary cars, 117 of which are motorcycles. He has his own garage and employs a team of mechanics that custom build his collection.

Leno was on CNBC's Squawk on the Street this week to celebrate the return of Jay Leno's Garage for a second season.

Jay Leno's Garage is a show on the network that focuses on everything from classic cars to supercars, along with restorations and road tests. Leno shares his automotive passion through the show.

He rang the opening bell at the New York Stock Exchange and then proceeded with an interview with Jim Cramer and Carl Quintanilla, during which he spoke about Tesla CEO Elon Musk.

In the interview, Leno compares Elon Musk to Henry Ford and Thomas Edison. He notes that Musk and Tesla have successfully developed the ability to produce great vehicles despite any adversity.   (While the whole clip is fairly entertaining, the EV/Musk speak begins at the 4:00 mark)

Leno owns a Tesla himself and is adamant about his love for the car and the direction for the future of electric vehicles. He shared:

"I've got a P90D, it's a fantastic car. I don't understand why people attack this car. It is made in America, by Americans. It is built local. You know we are becoming like the British — we like noble failures more than we reward success. I don't know why that is."

"I think in the future everybody will drive an electric car because of traffic, and on the weekend you use your Ferrari or your Hemi Barracuda. It's kinetic artwork. It's artwork that moves and rolls and explodes and makes noise. That's the way I look at it."

Leno was quite critical of the media and certain analysts. He is bothered by the fact that success of starts-ups, new OEMS, and local entrepreneurs is not credited and often shunned. Leno explained:

"I am one of those people who believe engineers will save the world... I am very optimistic, I've seen Elon putting a rocket in space and then it landed. And I watched the news and they showed the one that blew up. Why don't they show the one that was successful? I don't understand why we don't celebrate entrepreneurship more and success in this country."

It's a cutthroat market and most are more than willing to complain, find fault and "backstab" others for their successes rather than reveling in the positive direction of future pursuits.