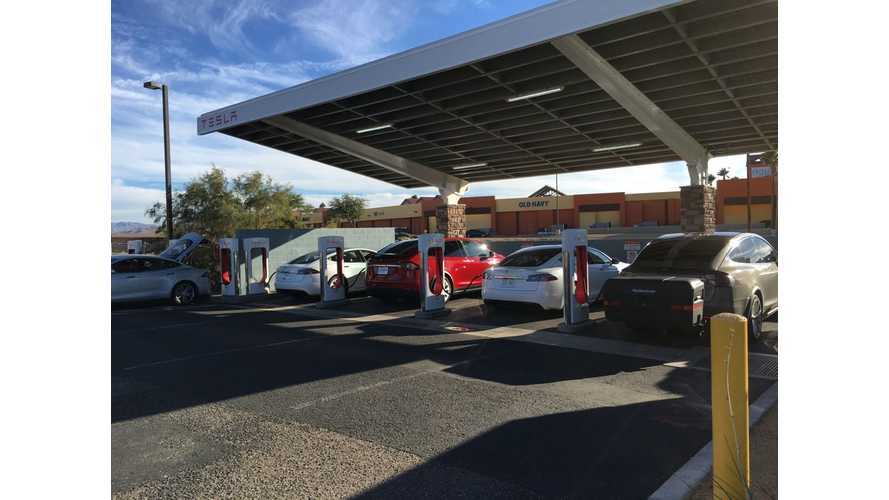 Not long ago, Tesla CEO Elon Musk addressed a problem concerning people "parking" for long periods of time at Superchargers. Now, owners will be assessed an idle fee if they stay at a Supercharger for a length of time after charging is complete. Next, Tesla will place top priority on expanding current Supercharger stations to further curtail the issue.

@matt_mantyla @TeslaMotors Increasing capacity at existing Supercharger locations now has top priority. Some are overflowing while a nearby one is empty.

While it's not a problem in many locations (and Tesla has also addressed this, changing the idle fee to void if the station isn't busy), some stations are overcrowded and it's only going to increase as time moves forward. Though Tesla has promoted its diligence in expanding the network itself, this is the first that we have heard of the company putting more focus on expanding the current stations.

Stations were initially built with an average of four to six stalls, however less busy areas may have two to four stall stations. Busier stations are now generally constructed with six to eight stalls. Some even have twelve to twenty stalls, especially in prime European destinations and California, among a few other areas.

Another of Tesla's priorities, related to Superchargers, is to increase the speed at which its vehicles can charge. This will also help to solve the overcrowding concerns. Shorter charging times lead directly to less waiting.

@FredericLambert A mere 350 kW ... what are you referring to, a children's toy?

Elon Musk has yet to elaborate on the "new" average number of stalls per station. He also hasn't said how many stalls Tesla is likely to add in each update. This makes sense, though, since as noted above there are a wide variety of station sizes at this point. It only makes sense that we can be confident that with Tesla's vast amount of data, the company is well aware of exactly which stations are an issue, and how many additional stalls it will take to "fix" the problem.

Part of the project will be adding multiple stalls to the busiest of stations, but often times these stations are in congested areas and space may be nearly maxed out. Adding a few stalls to some smaller neighboring stations, that have the space to spare, will also provide relief.