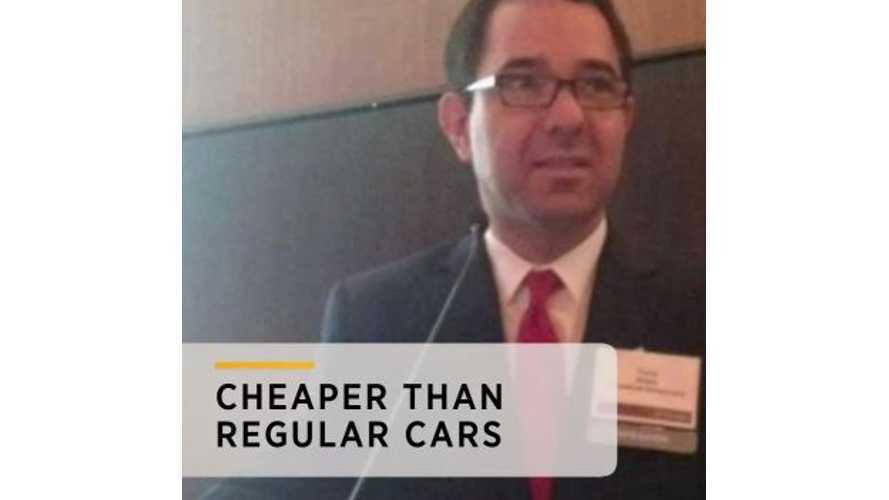 Tony Seba, a lecturer in Entrepreneurship, Disruption and Clean Energy at Stanford University and a serial Silicon Valley entrepreneur, says that all new vehicles will be electric by 2025, due to cost-effectiveness.

At an investment forum, Seba made a speech, most of which covered electric cars. Seba stated:

"You will soon be able to get Porsche performance for Buick prices and when you get that, neither Porsche nor Buick are able to compete."

According to Seba, electric car performance has improved very rapidly and prices are falling so quickly that soon the ICE cars won't be able to compete.

"Seba said the "marginal cost" of owning an EV was essentially zero because maintenance costs were so low, noting that while ICE cars had more than 2,000 moving parts."

Seba predicts that soon electric cars won't be purchased because they're the "green" choice, but rather because they are "the rational, economic choice."

Seba sees a market flooded with plug-in vehicles by 2020, and dominated by the plug in 2025. His views are optimistic, though not necessarily out of line with lesser predictions put forth by others.