Infiniti Boss Says It Will Borrow Nissan EV Tech For EV Coming In...2020 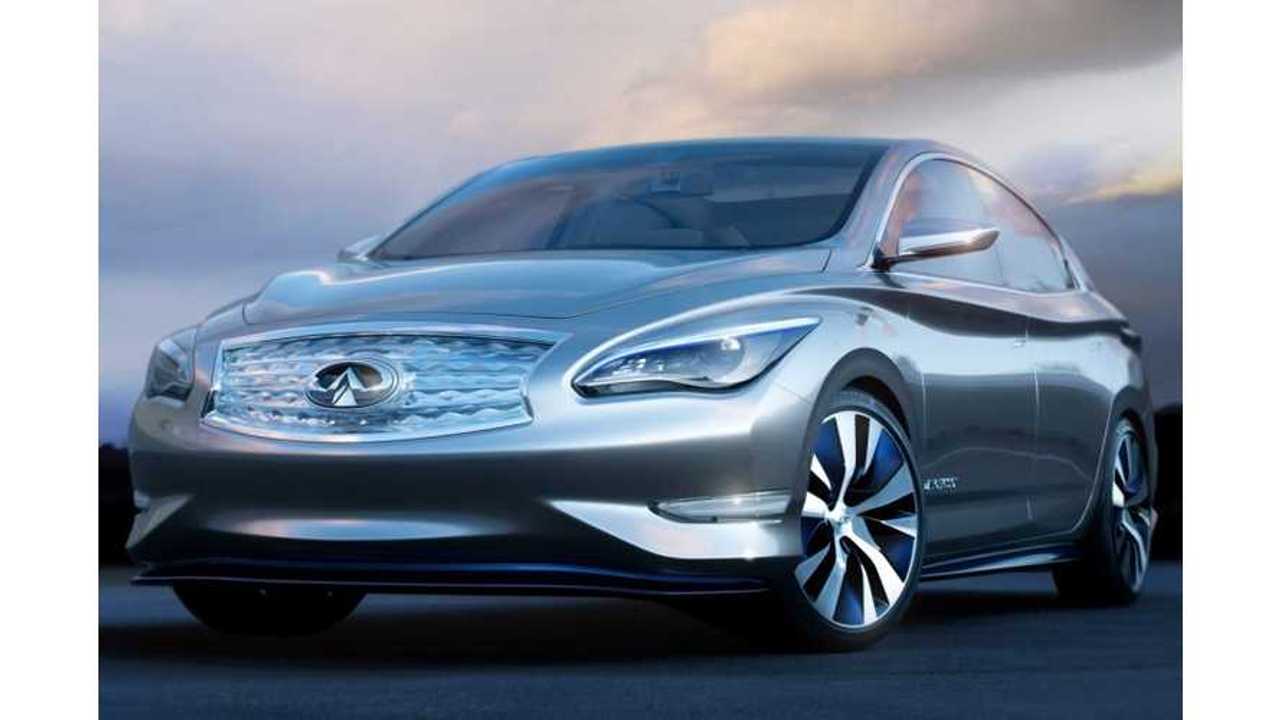 Back in 2012, Infiniti rolled out its LE electric concept car and said it would arrive in a couple year's time (which it obviously did not).

Even More recently, the automaker claimed it would enter production by the end of 2016 at the latest. Well, 2016 has come and gone and there's no indication that the LE will ever enter production.

Now, it seems Infiniti may be working on a different pure electric car, one that's described as a performance EV.

Speaking to Autocar, Infiniti boss Roland Kreuger says he's driven the prototype of this electric car as it's "very good." Krueger does however note that this is an "early" prototype, meaning its years away from production still

Autocar says 2020 or so is when we should expect this first electric Infiniti to launch.

This EV will reportedly make use of Nissan's electric car technology, but it will ride on its own, dedicated platform. Kreuger stated:

"We want it to have a unique Infiniti driving experience."

In discussing the choice to turn to Nissan for tech, Kreuger commented:

There are lots of engineering competencies we can tap into and utilise."

So, here's what to expect then...a 2020 Infiniti performance BEV with its own platform packed full of Nissan's EV tech.

2020 seems way to late to join the EV game, but perhaps if Infiniti knocks it out of the ballpark, then we'll be able to overlook how far behind the automaker is.