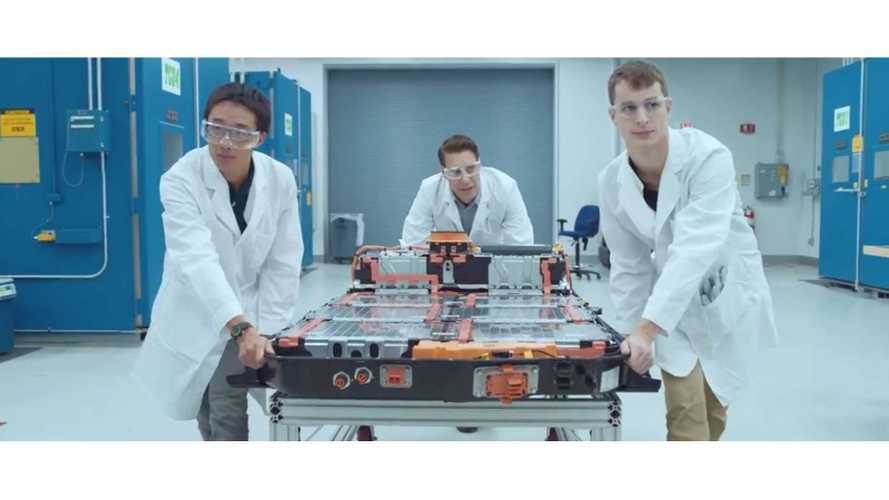 Chrysler Pacifica's 16 kWh battery (via LG Chem).  LG Chem will be building a plant in Poland to focus on supplying European automakers to help curtail the lithium-ion battery shortage

Now that several automakers are setting goals for larger-scale EV production, many are facing a lithium-ion battery shortage. This is a good problem, because it further establishes the exponential growth of the segment, but not so good for the future of EVs, if the problem can't be solved quickly and economically.

Autonews cites Volkswagen as one of the automakers that has made mention of the issue. With the company beginning to unveil its new I.D. electric family of vehicles, and setting production goals in the millions, batteries are an obvious issue. VW head of group strategy, Thomas Sedran, said:

“The capacity is not there. Nobody has the capacity.”

VW is currently working on bids from six different suppliers. The possibility of making its own batteries, like Tesla, is on the table, but Sedran doesn't believe it makes sense. He continued:

“Quite frankly, if we compare ourselves today with Samsung and LG, they are light-years ahead of us ... We need to check whether they  have the financial means to build the capacity."

Samsung SDI has started construction of its battery plant in Hungary

There is a possibility that VW will contract several companies to cover it needs. Otherwise, VW may have no choice but to build its own. Sedran estimates that would cost the company some $21 billion to pull off.

While Nissan is making its own batteries at three different production facilities, partners Renault and Daimler are not following suit. Marianne Bataillon, leader of Renault's EV division claimed:

“We are a carmaker, not a chemist.”

Daimler CEO, Dieter Zetsche, told Autonews (in regards to whether or not Daimer may produce its own batteries):

“Politicians and unions are asking us to do that, but it would not make sense. … Today, the cell is almost a commodity good, so the cost is going down fast."

The company began making its own batteries earlier on, but halted production over a year ago due to cost inefficiency.

VW's Sedran pointed out another major obstacle that many aren't considering. Battery factories should be near the automakers, because transporting is costly and high risk. He said:

"They are hazardous goods. You won't find insurance for shipping lithium-ion batteries."

Yet another reason that Tesla is handling its own production and transport. LG Chem will be building a plant in Poland and Samsung SDI has started construction of its battery plant in Hungary. This way, the Asian companies can more easily supply European automakers.

According to Volkmar Denner, CEO of Robert Bosch:

"They are safer because there is no combustible electrolyte , they are 75 percent smaller and have reduced weight."

Bosch purchased Seeo, a U.S.-based solid-state battery maker, in 2014. With the lithium-ion battery shortage looming, the company is looking to become a major supplier of solid-state batteries for European EVs in the coming years.