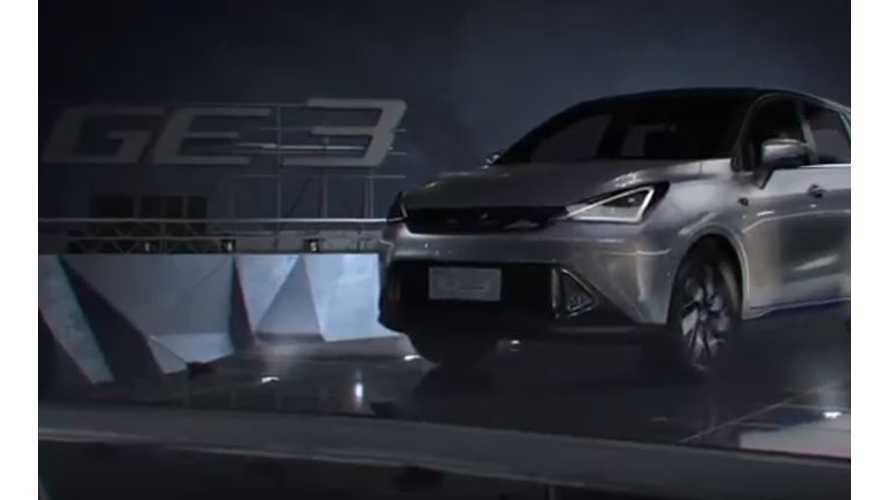 The undisclosed pure electric vehicle that we expected GAC to reveal at NAIAS 2017 turned out to be a pure electric hatchback called the GE3.

Generally, a Chinese electric car might fly a bit under our radar, but what's really interesting here is that GAC says it will begin sales in the U.S. within the next 3 years - a rarity for a Chinese-built car (and actually there isn't any Chinese owned offerings on the market currently).

And if that's the case, then we should check out GE3 in a bit more depth.

GAC calls the GE3 a concept, but it's obvious this car is basically ready to go. It packs a 47 kWh lithium-ion battery pack, which GAC claims is enough to provide range of 190 miles (likely on China's test cycle). Regardless, that's still a decent size pack given the size of GE3.

A single electric motor puts out 120 kilowatts (160 horsepower) and 214 pound-feet of torque.

All around, the GE3 seems to be capable enough, but there's one big question mark remaining. Will Americans buy a car built by a Chinese automaker? Guess will find out in a few years when the GE3 launches in the U.S.