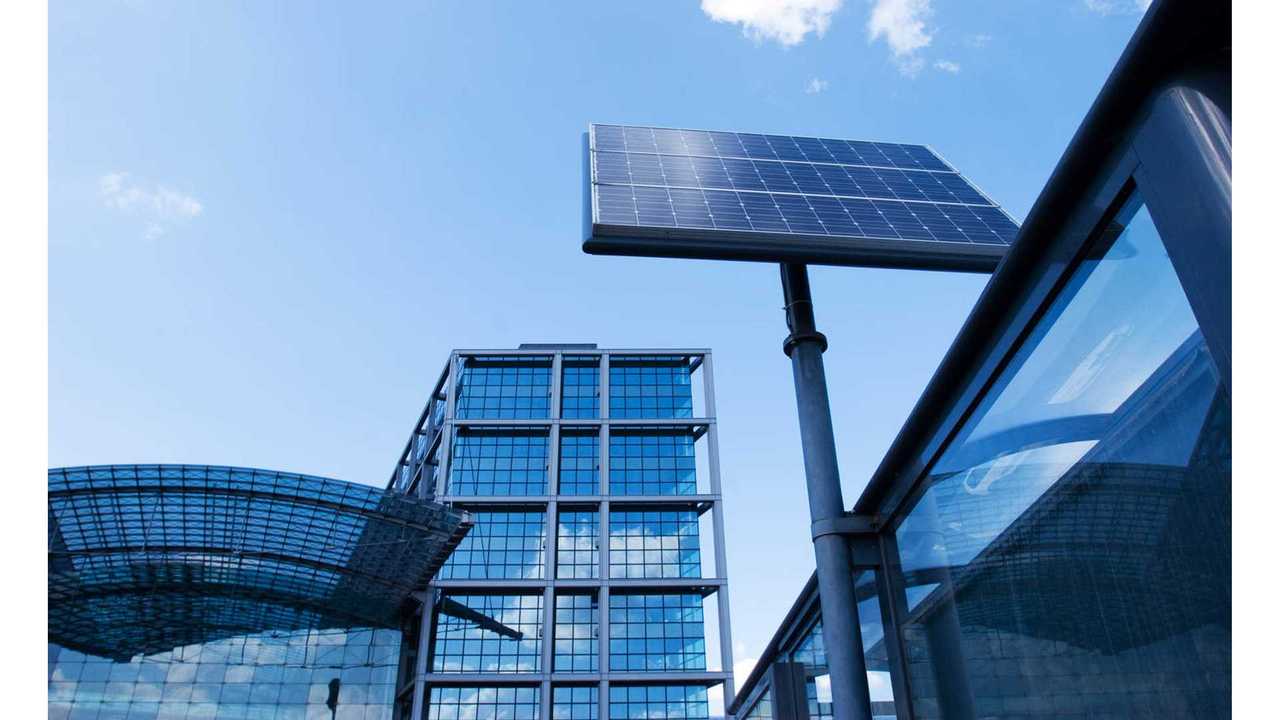 It has been discovered that Apple has formed subsidiary Apple Energy LLC. The company, while registered in Delaware, will be run from Apple's headquarters in Cupertino. Apple hopes to sell energy directly to consumers from its Cupertino and Nevada solar farms.

Although Apple is obviously creating extra energy, it is all dependent on the sun. Apples stores are open in the evening and data centers and other services run 24 hours a day. The company has to have a plan to cover for these times in order to run on 100% renewable energy.

The usual situation is that it will sell the energy back to the power companies at wholesale. In exchange for this, Apple would be allowed to use credit to then purchase needed energy to cover non-peak solar times. This is not an even trade though since the company would have to pay metered rates after selling at wholesale.

Apple is hoping to follow in the footsteps of other companies like Green Mountain Power. In this situation, Apple would be able to sell excess renewable energy directly to consumers at current market prices. The company's argument behind the plan is that since it is not an established energy company, it has no ability to impact pricing. If the plan goes through, Apple hopes to sell energy throughout the country.

It has been reported that Apple has been having meetings with various car charging companies to extract information on the subject. Apple has also hired multiple experts in the field. If Apple plans to use its own renewable energy for car charging, it could create substantial competition for companies like Tesla.

Aside from the solar farms, Apple is taking action in another new method for creating renewable energy.

A new lease agreement between Catawba County and Apple will allow for the construction of a renewable energy facility that harnesses landfill gas The lease lasts for 16 years with an option to go five years longer.

In a separate Landfill Gas Sales Agreement with Quadrogen Power Systems, Inc., the county agreed to sell about 40 percent of its landfill methane. Quadrogen will treat the methane for use in the Apple facility.

Basically, pipelines are installed into landfills to trap the gases. This is doubly environmentally friendly since the gases will not be released into the atmosphere. The harnessed gases can then be converted into usable gases or used to create electricity.