In May BYD Sold Over 9,000 Plug-In Electric Cars In China 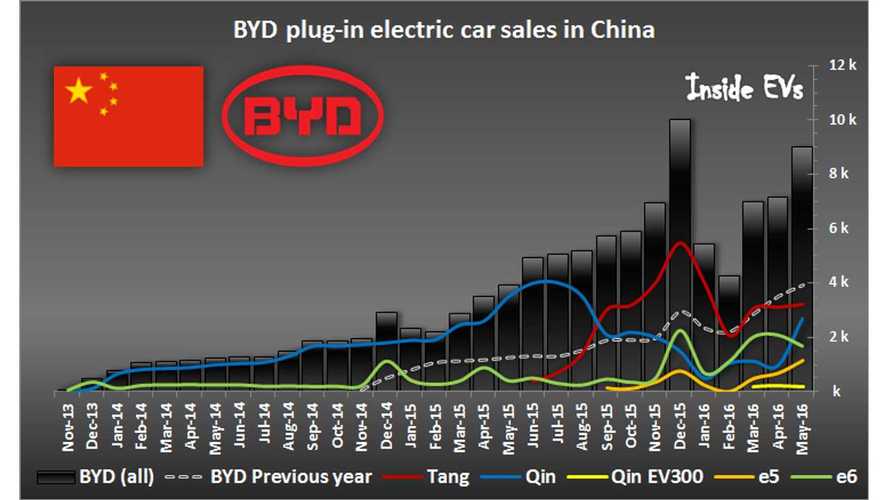 China plug-in vehicles sales in May resulted in well over 26,000 plug-in electric cars sold, which represented a 119% year-over-year according to specifc model data collected by the EV Sales Blog.

Interestingly, over one third of the Chinese plug-in vehicle market is now in the possession of BYD, which in May exceeded 9,000 total sales as a brand - the company's second best result ever.

More impressively, BYD is still expanding its dominance over its home market - outpacing the segment overall  in May with a 130% gain of its own.

Over the last month, two models - the Tang and Qin, were 1st and 2nd respectively, while Tang continues to strengthen its first overall position.