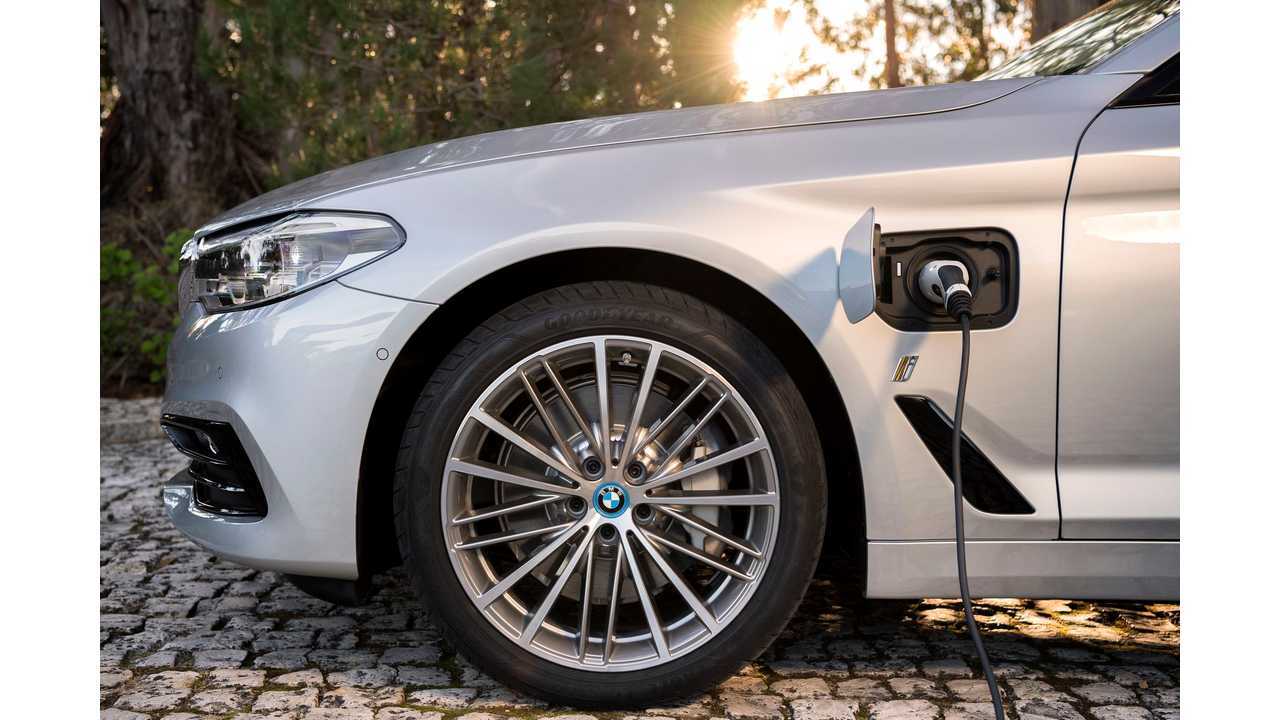 BMW has prices its new 530e iPerformance Sedan for the US, and like the 740e announced before it, the plug-in 5 Series is the best, and least expensive trim level for the model when the federal credit is factored in.

The 530e has yet to be rated for its plug-in abilities in the US, but has a European NEDC rating of 45 km/28 miles from its 9.4 kWh battery.

From seeing how other similar BMW powertrain products (with similar batteries) have been rated in the US (the 740e nets 14 miles with its 9.2 kWh battery), we expect a "real world"/EPA rating of about 18 miles/30 km.

Even without the federal credit, the plug-in version is only $1,000 more, an exceptional value for electrification to be sure.  Put inside the 5 Series lineup, the plug-in offerings lineup like this:

Looking at the new 530e/530e xDrive, there really would seem to be no reason to not opt for the BMW over the standard petrol models.

What is the potential sales level of the 530e in the US?

It is hard to say, as 5 Series sales have been on the decline for BMW for quite awhile as the current generation fades away.  Still the company managed to sell ~2,700 a month of the older petrol version in 2016, and ~3,700 the year before.  We expect the new 5 Series lineup to return closer to former glory when it arrive in early 2016, perhaps around ~4,000 copies a month.

Hopefully, the sharp pricing means we will be logging a lot of BMW 5 Series sales this Spring!