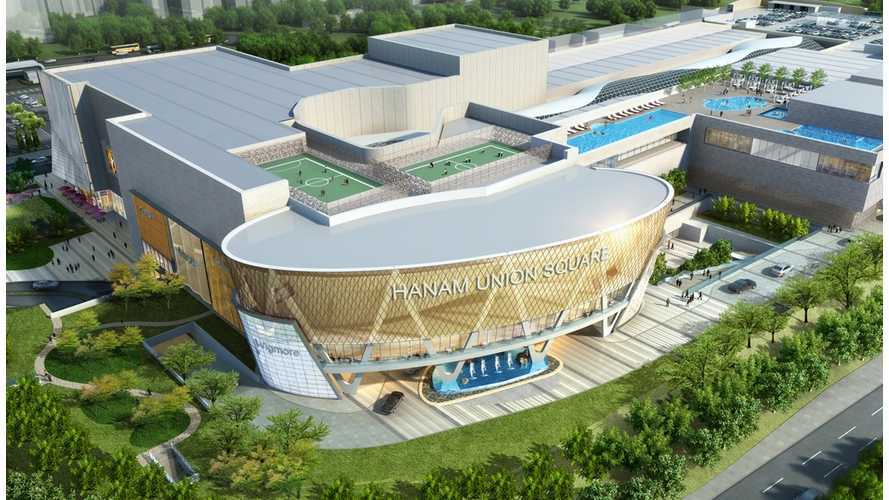 There's a holdup in South Korea that's prevented Tesla from opening two stores there on schedule.

According to Tesla, it hopes to offer Model S test drives in South Korea soon, but with no stores open, the logistics are a bit of an issue at the moment.

Originally, Tesla was to open two stores back in November 2016, one at Hanam Starfield in Gyeonggi and the other in Cheongdam in Gangnam district, southern Seoul. Both projects are still delayed, with no current reason confirmed by Tesla, but originally a manufacturer's license (or rather the lack thereof) was the issue.

“We are currently in the middle of preparing for the opening ."

He offered no explanation for the delay though, but the lack of sufficient repair facilities could be in play holding up the registration of the operating license.

Korea Joongang Daily reports that Tesla actually stopped construction/remodeling at the Cheongdam site a month ago:

"...interior remodeling work at the Cheongdam showroom in the Yeongdong Boulevard has been idle for the past month. Its Korean staff has not been fully hired, industry insiders say."

The reason for work stoppage is unknown, but as of right now Tesla has not a single store in South Korea, yet Superchargers are still popping up on its future map for the nation:

"In the meantime, in late December Tesla added Seoul, Daejeon, Daegu, Busan and a location near Wonju in Gangwon to its world supercharger station map."

To the best of our knowledge, none of the Superchargers are yet operational.

"Tesla registered for its Korean operation in November and the unit opened a Korean homepage in August to accept pre-orders for three models including sedan Model S, SUV Model X and Model 3, the first mass-market model that has not yet been rolled out. A flurry of electric vehicle fans here - mostly early adopters in their 30s and 40s - rushed to place advance orders for the Model 3, which carries a price tag of $35,000."

Hopefully, Tesla can soon sort things out, get its stores and Superchargers open for business, and begin deliveries of pre-ordered vehicles in the country in the very near future.