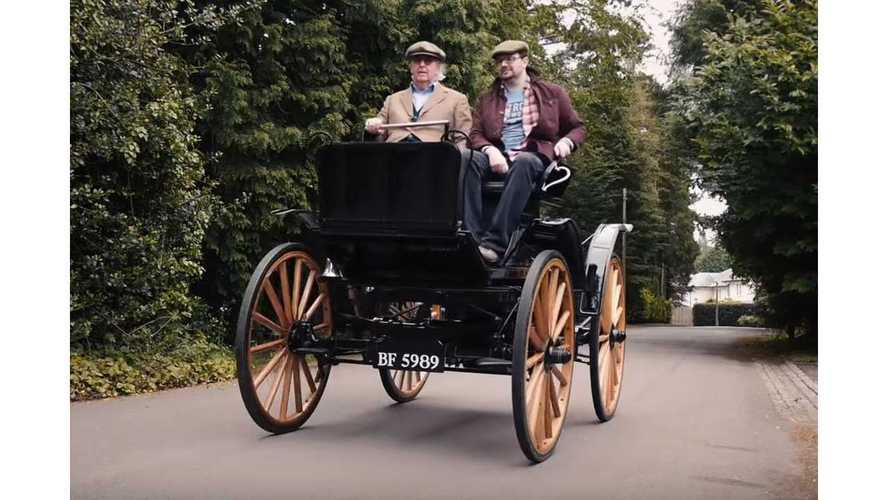 Electric cars in the early 1900s! Most people today don't even realize what a dominating force they were a century ago.  Electric cars were right there at the introduction of automobiles, premiering in the 1880s. But as ICE cars came into their own, electric cars faded away.

In our latest film we take a step back in time and drive two very old vintage electric cars. A 1906 Pope Waverley Victoria Phaeton and a 1907 Victor High Wheel Runabout. Who knew electric cars existed at the dawn of the automobile?!

The first car in the video, a 1907 Victor High Wheel Runabout, has six batteries and pushes about 70 Volts. It only has one gear, just like many of today's EVs - kinda.

The driving mechanism can be simply rotated from driver to passenger so either person can drive, or a person can choose to drive with either arm. The driving stick engages forward, reverse, or neutral and there is a pedal brake.

The 1906 Pope Waverly Victoria Phaeton uses the same controls, except that the driving stick stays on one side and only allows left hand drive. In the model in the video, the original battery system has been changed out to be the same as the Victor, with six batteries. It also has an electric bell, electric headlights, an electric tail lamp and a third seat. This model has two brakes.

At the time of the release of these cars both cost about $1,600.  Very not cheap.