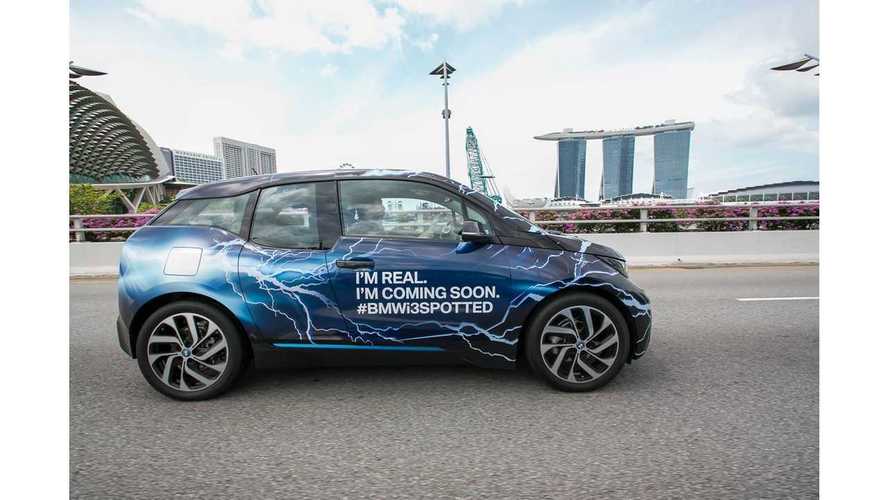 BMW i3 And i8 in Singapore

BMW i3 In Singapore

New predictions suggest that up to 50% of vehicles on Singapore’s roads by 2050 will be plug-in electric.

The low side of the prediction is 30%, but both percentages are still quite elevated overall. That is, high enough for the electric invasion to be considered a success if either mark is met.

"The predictions come from research carried out by Nanyang Technological University (NTU). Singapore is planning on increasing the number of electric vehicles on its roads in a bid to cut urban pollution. The so-called electro-mobility road map has been revealed by the National Research Foundation and the National Climate Change Secretariat."

Singapore, like several other nations, suffers from pollution caused by automobile emissions. Singapore hopes to address this problem by pushing for electric vehicle.

Today, there are only 120 plug-in cars on the roads in Singapore, so huge strides must be made if the electric car population is to grow to up to 50% by 2050.

The first step for Singapore is to require buses and taxis to switch to electric in the coming years.