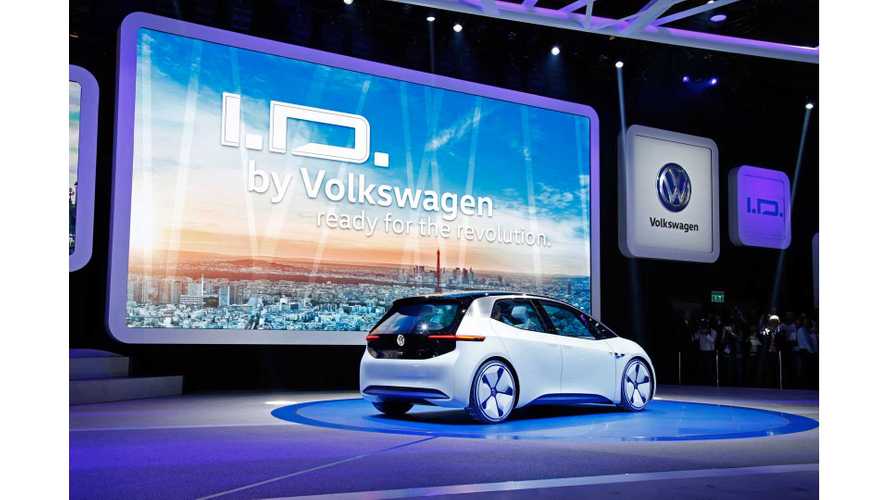 Volkswagen is gearing up to release an entire lineup of electric vehicles in the coming years. Unfortunately, we will have to wait until 2020 for the first installment. Eventually however, a Volkswagen I.D. SUV is part of the plan.

VW's initial offering is planned to be a compact sedan/hatchback model, which premiered in October at the Paris Motor Show. Following this, VW will come forward with a production version of the I.D. Buzz MPV concept, as long as the company finds a market necessity for the vehicle.

VW design chief Klaus Bischoff spoke this week at NAIAS in Detroit, at an event previewing the Buzz concept. He made mention of the company's plans for a long-range all-electric SUV. Bischoff said:

The Buzz (Microbus concept) is initially set to follow the hatchback by two years, entering prduction in 2022, with the SUV behind it. Volkswagen is projecting one million sales from the new I.D. line by 2025. While nothing is official, the Volkswagen I.D. SUV will likely be the next big concept premier, in the near future.

We should note at this point that it appears VW's is doing some brand/mondel engineering by not scheduling an all-electric SUV out of the gate, as its 'upscale' sister - Audi is releasing an all-electric (95 kWH) SUV, simply called the e-tron in early 2018.

Bischoff said that the I.D. line will not wear a regular VW family grille. The I.D. family will "have a different design language to our internal combustion engine models." The vehicles' platform will feature a longer wheelbase, and allow for a vast amount of interior space, with dashboard controls spaced further from the driver. Most everything will be controlled via a floating touch-screen and viewed via a head up display on the windshield. Like the BMW i3, interiors will be partly comprised of recycled and renewable materials.

The original I.D. compact sedan/hatchback is going to be released first to set the tone of the new electric family line. Volkswagen intends for it to become iconic like the Beetle, Golf, and Microbus models. Then, moving to the other configurations within the I.D. platform will create a logical transition.