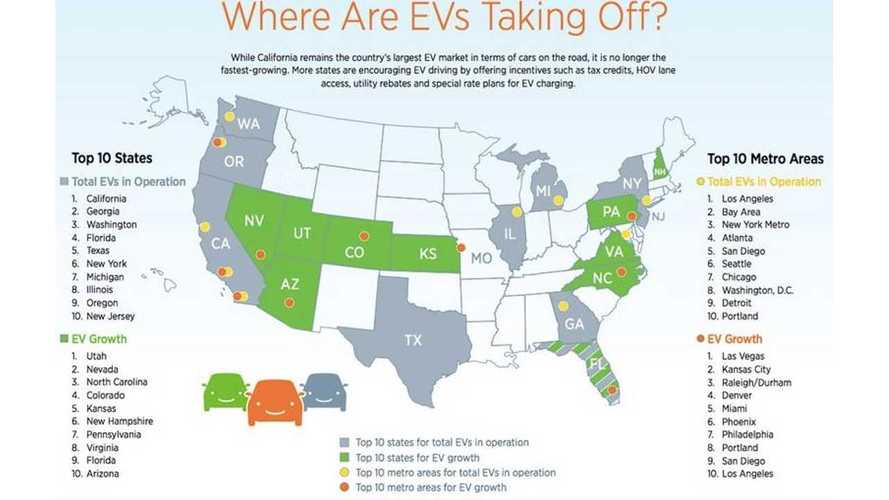 The good news is that even though California has more EVs than any other state, some other markets are now growing even faster than the Golden State. A recently released ChargePoint map provides a nice breakdown by growth, with not only the top states, but the major cities ranked within each category. It is a great way to see it all in perspective.

Likely due in part to sharing a border with California, the location of the Tesla Gigafactory, and some other newsworthy startups, Nevada and Arizona are among the top ten list of growing states.

Colorado, Utah, and Nevada have partnered up on charging infrastructure, and all three states offer EV incentives in addition to the federal rebate.

The green growth areas on the East coast are expected as well, due to the ZEV states in that area. Michigan and Illinois are on the list for total EVs in operation, which again is to be expected due to Chicago and Detroit. Otherwise, the midwest is pretty bleak.

One would think, or at least hope, that with many of the major automakers getting serious with plug-in offerings (and with a more national focus), that the numbers will soon improve.. The Chevrolet Bolt EV, coming out of Detroit, with all of its accolades and a nationwide roll-out planned, is sure to help.