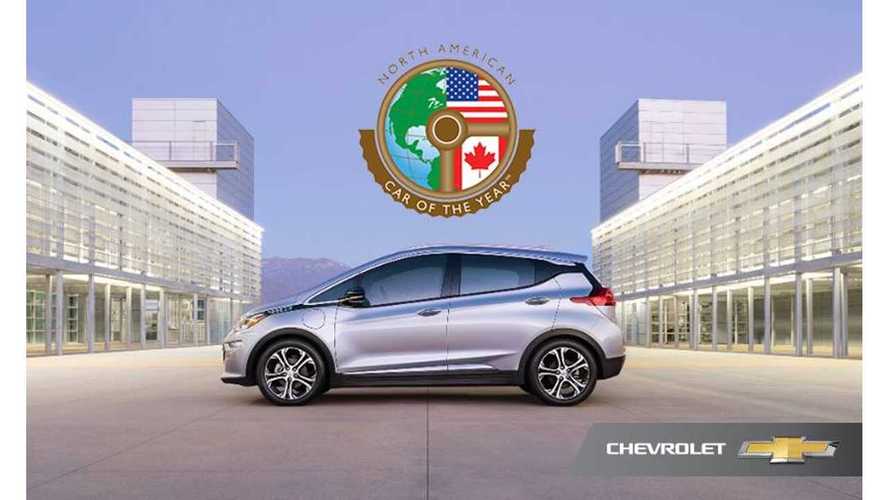 History has been made...

Precisely as we predicted, the 2017 Chevrolet Bolt has captured the coveted 2017 North American Car Of The Year award.

"The Bolt EV has won yet another award this season. Congrats on driving home the 2017 North American COTY award!"

This marks the first time ever that an all-electric car has captured this coveted award and its adds to the Bolt's growing showcase, which includes Motor Trend Car of the Year, Green Car Journal’s Green Car of the Year, Car & Driver 10 Best and so on.

The other contenders for NACOTY in the Bolt's (car) category were the Genesis G90 and Volvo S90.

In the end, the Bolt won out largely because it's a game-changer by being the first 200-plus mile (238) electric car at a relatively affordable price point.

Additionally, the Chrysler Pacifica (including both the standard and PHEV version with 33 miles of all-electric range) took home the North America Utility Vehicle of the Year award, beating out the Jaguar F-Pace and the Mazda CX-9.