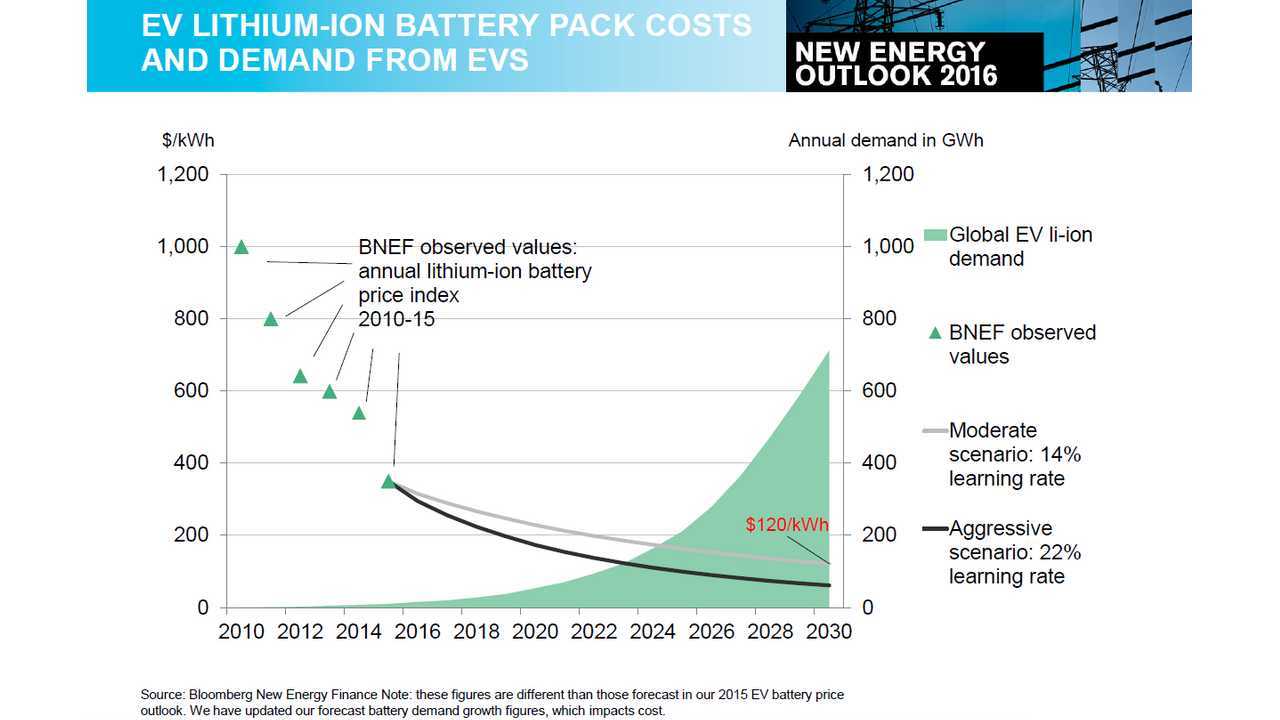 Bloomberg New Energy Finance recently compared the growth of lithium-ion energy storage systems to the solar photovoltaic industry; finding that some 12 years will be needed before the total ESS output can meet today's solar output (provided of course that was the goal of today's solar industry).

The biggest ally of energy storage, giving the segment enough momentum to narrow the gap with PVs is of course, electric vehicles, which help to drive up the scale of production for lithium-ion batteries, and enables faster cost reductions.

BNEF states current costs of energy storage at over 300/kWh, but expects that number to come down to $120/kWh by 2030.   Some would call this too conservative a forecast, but even BNEF themselves are more optimistic than few years ago, when they estimated $150/kWh in 2030...so the numbers are trending in the right direction.

According to the U.S. Energy Department, pumped hydro represents about 95% of grid-connected energy storage today.

“Utility-scale storage is the new emerging market for batteries, kind of where electric vehicles were five years ago. EVs are now coming of age.”