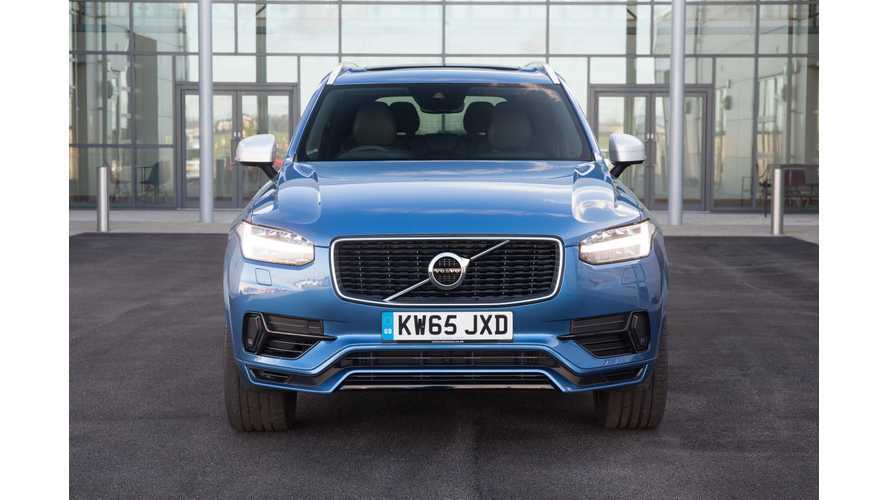 The Volvo XC90 PHEV is selling at more than double the company's projections. The T8 Twin Engine is Volvo's first attempt at a PHEV SUV and although the demand is generally low for electric vehicles, 20% of XC90 purchasers are choosing the PHEV version. Research chief Peter Mertens explained:

Volvo is offering the plug-in option next in the S90 sedan and V90 wagon, and now looking at more plug-ins due to the success. A fully-electric model is set to be released in 2019. Mertens also said that Volvo is researching technology that would charge an electric car in about the same time as a gas tank fill up. Mertens said:

“A 10-minute charge would be an absolute breakthrough. Anything better would be too good to be true.”

Other models in the Volvo line will also get plug-in versions. Specifically, the next gen 40-series, coming out next year, will have a more simplified PHEV powertrain designed for compact vehicles. The Twin Engine set-up will pair a three-cylinder V-engine with an electric motor and a dual-clutch transmission.

Mertens wouldn't specify which platform the 2019 BEV will initially come in, the compact or large architecture, but he assured:

"From a technical point of view, it doesn’t matter . . . eventually, it will be used on both platforms. We will offer (full) battery-electric power on all of our vehicles (within the next decade or less).”

Although electrification is a new substantial priority for Volvo, the company will continue to focus on safety, which has always been the company's strong suit. The S90 will be the first to come with semi-autonomous driving capabilities known as Pilot Assist.

Mertens also made it clear that all of Volvo's "traditional" models were designed with electrification and battery power in mind, so we shouldn't expect to see some "odd-looking vehicle" newly designed for the electric market.