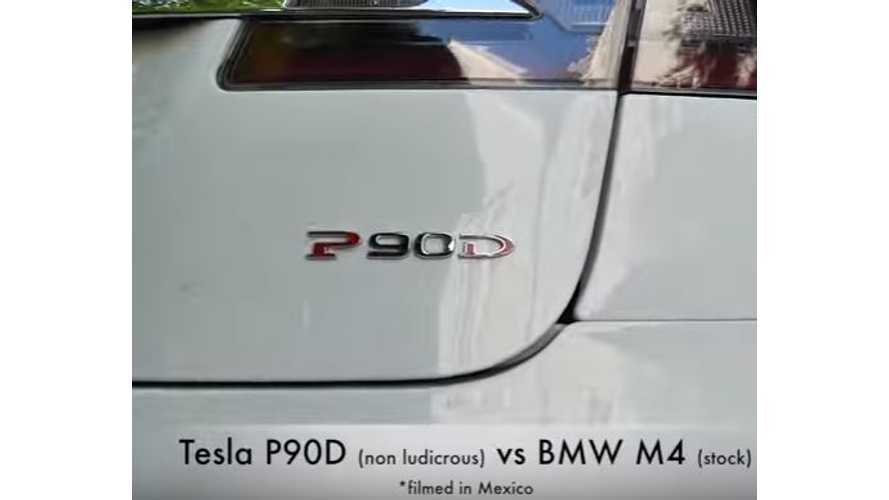 Well, the Model S P90D has beaten nearly every car it's been raced against, so why should we think the M4 would stand a chance?

The rolling start gives the M4 a slight chance, but in the end the Tesla still takes the win (filmed in Mexico no less).

As BMWBLOG explains (forgive them the Model S output snafu):

"...whereas the BMW M4 would get destroyed in a standard drag race against the P90D, it actually holds up in a rolling drag race, thanks to its turbocharged engine and seven-speed dual-clutch transmission. While the Tesla actually ends up being faster, being that it has 762 hp compared to the M4’s 425, the race is actually much closer than we previously expected."