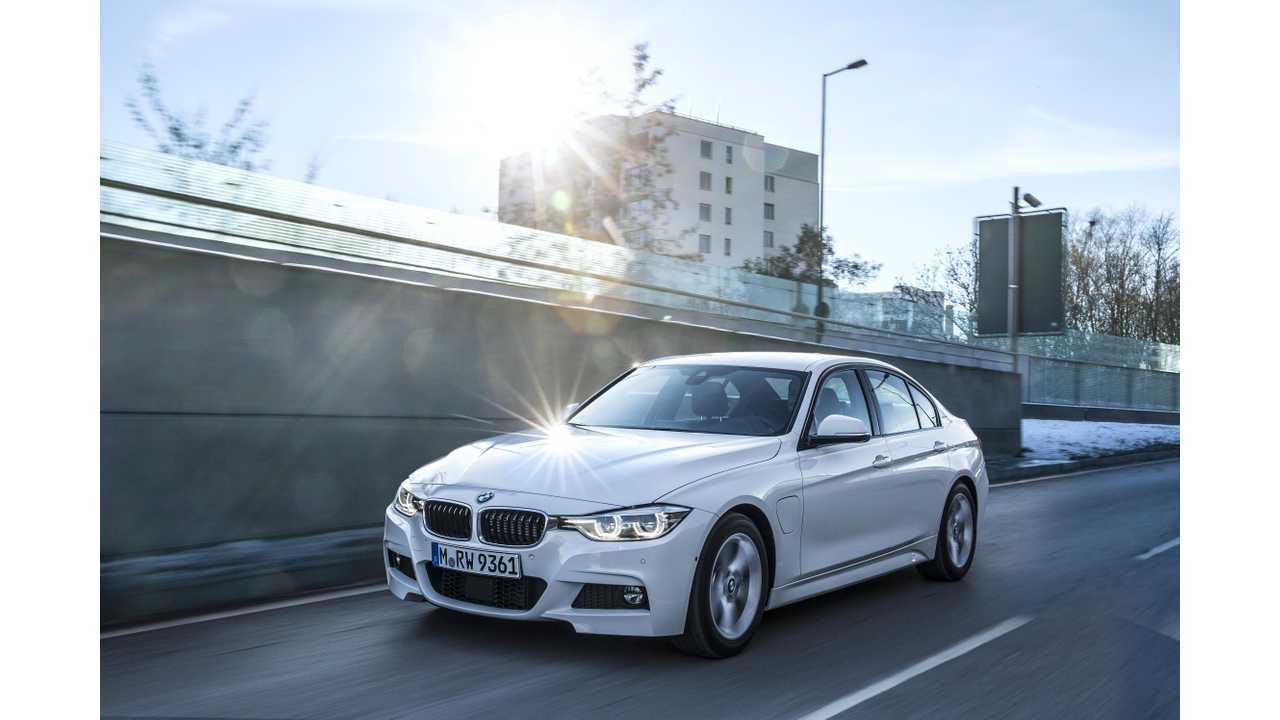 BMW reports strong plug-in hybrid sales in Europe, but without specific numbers for all the models, we don't know exactly how strong.

Besides the i3/i8, BMW launched the X5 xDrive40e and the 330e iPerformance. The latter of which is doing pretty well in some countries:

Well, we have had our doubts raised about the entire plug-in lineup's strength because of BMW's statement here, as there is a lack of specific BMW i brand sales info for May - for the very first time.   Not disclosing a sales drop is common among OEMs in these sorts of press releases, so we fear that the BMW i brand scored a hiccup in May.

Regardless of BMW's disclosures, we will be able to compile the numbers from individual country registrations as they come in.  Early returns do seem to support our theory though - for example in Norway just 120 i3s were sold (vs 222 in April, and 1,054 YTD) and just 1 i8.

At least any BMW i3 sales drop was anticipated (and could be explained) due to the launch of new 33 kWh version in the summer.  Why buy the old, when the new is only ~3% more expensive for ~40% more range?