Nissan: 76% Of Millennials See Driving Eco-Friendly Cars As The Best Action For A More Sustainable Future 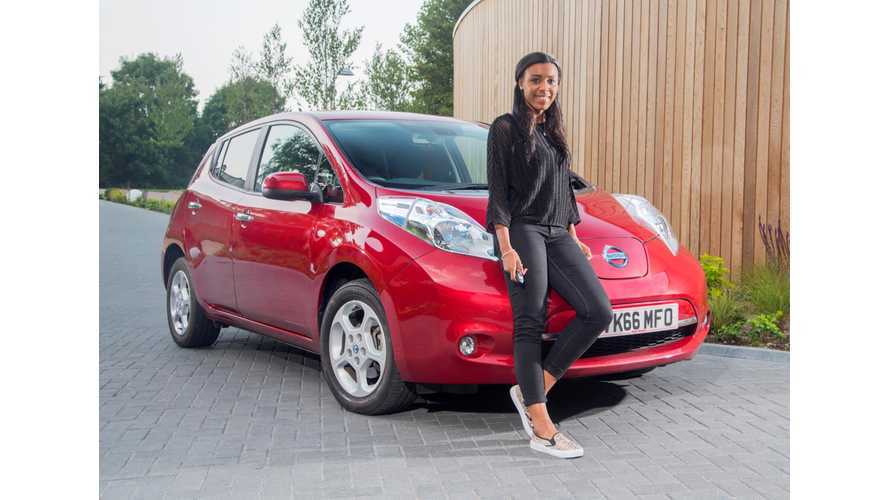 Nissan revealed survey results on millennials' attitudes toward the future of mobility and electric vehicles in the UK, France, Spain, Germany and Italy recently from FutureFest in London

Most notably, 76% of 2,500 millennials surveyed (aged 18 to 34) said that driving an eco-friendly car (such as say...oh, the Nissan LEAF) is the primary action they’d take to make their lives greener.

Nissan LEAF at FutureFest in London

Interesting, over 50% of those surveyed already own or have considered purchasing an electric vehicle.  (Check out full infographic below)

Because millennials are now slowly entering the new car market, a high interest in the EV segment is a good barometer for future plug-in sales growth.

"The study found that as a generation, millennials are willing to try new things, challenge processes, and think differently about the future. As such, the report showed that the environmental concerns of millennials aren’t smaller scale issues like recycling (24 percent) or overflowing landfills (14 percent) but global issues such as climate change (53 percent) and air pollution (42 percent). To help solve these issues, they are willing to make bold changes such as switching to an energy provider dedicated to eco-friendly solutions (62 percent), or supporting brands that are committed to being more environmentally friendly (53 percent)."

"Perhaps surprisingly, the majority of millennials surveyed owned a car (77 percent). Although they might not be driving electric vehicles now,  they are in the market for future driving technology with nearly two out of three likely to buy a hybrid car in the next 10 years, and over half saying they would buy an electric car in that time span."

Nissan LEAF at FutureFest in London

“We’ve always known that millennials are the challenger generation but our European study has also revealed that they’re the future ‘change-makers’ – willing to make drastic lifestyle choices to make a meaningful difference to the world they live in.

It gives me immeasurable hope to see that millennials believe electric vehicles, such as the Nissan LEAF and e-NV200 that are already on the road today, are part of the solution for a more sustainable future. As an industry we must work harder to engage the interests and needs of this group.”

“The millennial demographic surveyed here has the potential to be hugely influential in determining the future of transport and sustainability. We have consistently found in our own research that they are early adopters of new technology, much more environmentally friendly than previous generations and generally willing to make sacrifices and lifestyle changes in line with their personal values and beliefs.”

76 percent of millennials see switching to an eco-friendly car as the single best action to drive a more sustainable future, Nissan survey reveals