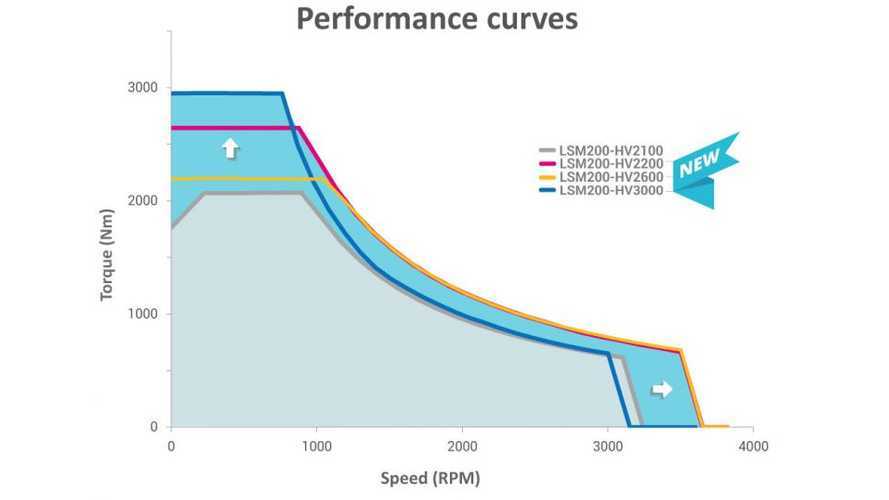 We have often heard that electric motors are already so sophisticated that their future performance improvements will be marginal.

Now, TM4 encourages us that there is still room for innovation.

The Canadian company announced three new models of its SUMO MD series motors, which use 25% less rare-earth magnets - and also offers up to 45% more torque and speed inside the same package of their predecessor (power output stands at 250 kW peak).

"TM4 will introduce three new SUMOTM MD powertrain options at the 29th Electric Vehicle Symposium & Exhibition (EVS29), offering an increase of up to 45% in torque and speed, thanks to a new technological advancement.

Until now, the main rotor technology found in TM4’s electric motors was based on surface mounted permanent magnets. The desire to limit the use of rare-earth magnets has resulted in a technology choice that leverages the reluctance torque of TM4’s external rotor design and decreases by 25% the use of these elements. By substituting some of the magnets with soft magnetic composites (SMCs), variable reluctance adds up to 45% extra torque and operating speed compared with previous technology in same package dimensions.

The new technology was developed in house with the support of Rio Tinto Metal Powders and the National Research Council of Canada (NRC). This partnership has made possible the conception and production of an innovative motor design combining new materials, a new forming process and an optimized fabrication method.

"We improved the torque density and operating speed range while maintaining a competitive price. One of the decisive criterias when selecting a powertrain is how much performance you get for the price, weight and packaging. This new motor design allows us to optimize our direct drive powertrain systems on all of these aspects.   TM4 is constantly seeking ways to improve, through innovation, its products and services to serve its customers better."