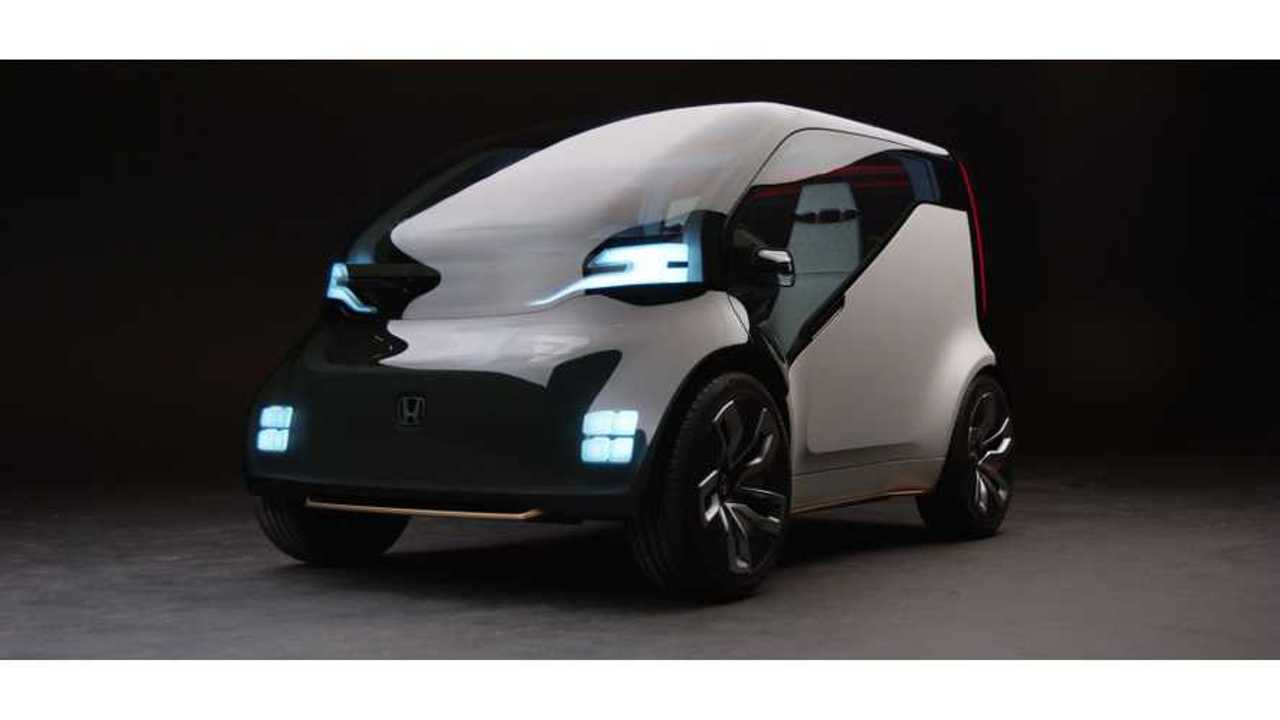 But the most important part of the concept in this case really isn't the electrification, but rather its autonomous driving capability, both with a car-sharing option or the possibility to generate revenues by selling energy back to the electric grid, making use of the (on average) 96% idle time of typical private car.

Designed to create new possibilities for customers, the NeuV (pronounced “new-v”), which stands for New Electric Urban Vehicle, is a concept vehicle whose genesis is based on the fact that privately-owned vehicles sit idle 96 percent of the time.

The NeuV explores the idea of how to create new value for its owner by functioning as an automated ride sharing vehicle, picking up and dropping off customers at local destinations when the owner is not using the car. The NeuV also can sell energy back to the electric grid during times of high demand when it’s not in use. These activities have the potential to create a new business model for enterprising customers.

“We designed NeuV to become more valuable to the owner by optimizing and monetizing the vehicle’s down time,” said Mike Tsay, principal designer, Honda R&D Americas.

NeuV also functions as a thoughtful and helpful AI assistant utilizing an “emotion engine”, an emerging technology developed by Honda and SoftBank (cocoro SB Corp.). Called HANA (Honda Automated Network Assistant), in its application in the NeuV, the “emotion engine” will learn from the driver by detecting the emotions behind the driver’s judgments and then, based on the driver’s past decisions, make new choices and recommendations. HANA can check on the driver’s emotional well-being, make music recommendations based on mood, and support the owner’s daily driving routine.

The NeuV features a full touch panel interface enabling both the driver and passenger to access a simple and convenient user experience.  The vehicle has two seats, a storage area in back, and an electric skateboard for “last mile” transit. The NeuV also features outstanding outward visibility via a headerless windshield and a dramatically sloping belt line that make maneuvering easy.

In a global debut at CES, Honda unveiled its Riding Assist technology, which leverages Honda’s robotics technology to create a self-balancing motorcycle that greatly reduces the possibility of falling over while the motorcycle is at rest.