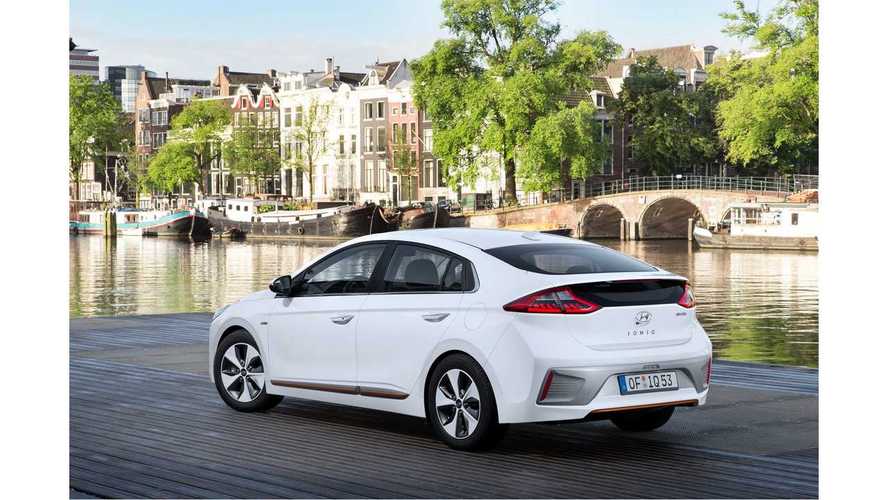 Hyundai released some of the specifications for its upcoming IONIQ Electric, complete with EPA fuel economy ratings showing a 125 MPGe combined efficiency rating.

Previously, the Korean company estimated EPA the range at 110 miles (177 km) on a 28 kWh battery.

And while we know that MPGe isn't exactly the most loved indicator of plug-in performance in the EV community, it is directly related to the amount of energy (including charging) needed for driving.

The big news for Hyundai is that the IONIQ Electric is now the most energy efficient car, as the "old" BMW i3 (24 kWh) was rated at 124 MPGe - which interestingly is actually 6 more than the new i3 all-electric (33 kWh).

Update :  After some confusion, and speaking with Toyota people, the reign of the Hyundai IONIQ Electric at the very top will only be very short-lived, as the Prius Prime (recently announced from $27,100 +DST in the US) after being rated at 124 MPGe combined on Tuesday, has now been adjusted to 133 MPGe 24 hours later.

The Bolt EV at 119 MPGe perhaps isn't the very best, but with a 60 kWh battery on board (and more weight to deal with) is by far the best among long-range EVs, even with without using CFRP like in the i3.