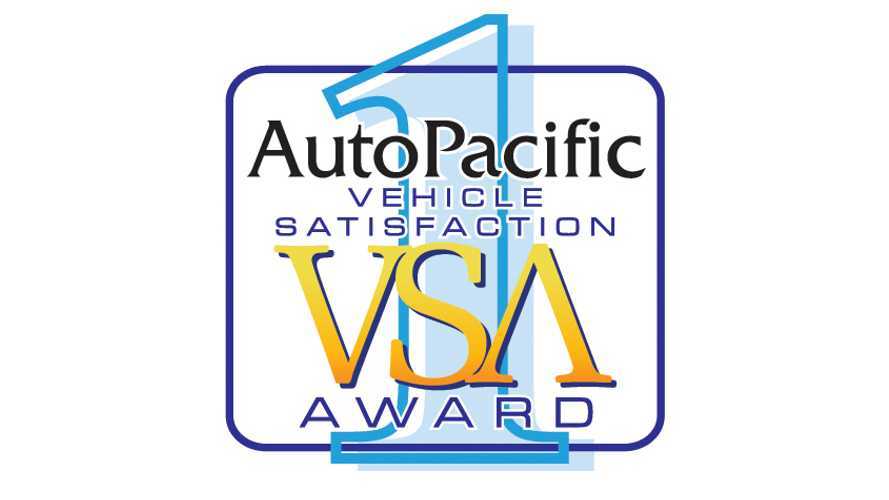 For the second year in a row Tesla Motors won the AutoPacific's Vehicle Satisfaction Award as Highest Satisfaction Premium Brand.

"Tesla was new to the survey results in 2015 and won the top premium brand award by a considerable margin (23 points). They hold the top spot this year, though Cadillac has closed the gap considerably with the highly satisfying Escalade and increases in owner satisfaction across their lineup."

We don't see any other plug-ins on the list, besides the Kia Soul, which is available conventional and in all-electric versions.

"AutoPacific today announced its 20th annual Vehicle Satisfaction Awards (VSAs), identifying the most satisfying vehicles in the market. An industry benchmark for measuring how satisfied an owner is with his/her new vehicle, VSAs are based on survey responses from over 65,000 owners of new 2015 and 2016 model year cars and light trucks.

"This year marks the 20th anniversary of AutoPacific recognizing the most satisfying vehicles and providing consumers a way to streamline their search for the perfect vehicle," says AutoPacific president George Peterson. AutoPacific's Vehicle Satisfaction Awards objectively measure owner satisfaction with 50 separate attributes ranging from interior comfort and styling to fuel economy and performance. "VSAs look at the big picture, which includes owners' experiences with their vehicle's quality and safety, but also goes deeper into the heart of the ownership experience."