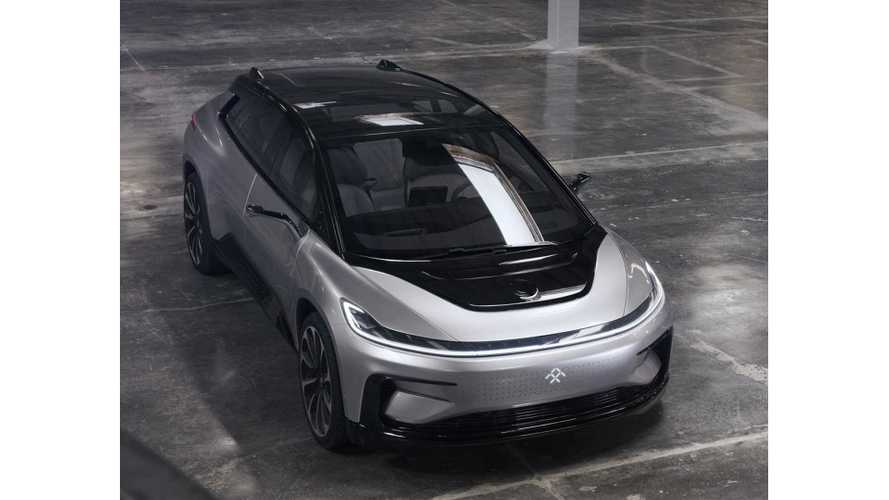 Faraday Future wasn't keen on discussing price at the FF 91 unveiling on Tuesday night, but now it seems as though we have a ballpark figure to work with via hints from the automaker.

To reserve a FF 91 "Alliance Edition" it's just $5,000, but sometime before that car enters production, you should be ready to pony up perhaps $200,000 more to secure your order.

Teslarati reached out to Faraday at the unveiling event and though the automaker initially didn't seem willing to discuss price, once the Tesla P100DL was mention, the Faraday representative responded.

"Faraday has remained relatively silent on disclosing a price range for the vehicle. Asking representatives at the unveiling event about price for the FF 91 was generally met with a smile. It wasn’t until we threw a few Tesla P100DL references into our conversation with the rep. that we began receiving some feedback. After all, the company was determined to best Tesla in any way, shape, or form. Including pricing."

For reference, a fully loaded Tesla Model X P100DL checks in at more than $168,000. If Faraday intends to beat that price, then it would need a similarly equipped FF 91 to be cheaper.  However, Faraday looks to initially launch only fully loaded FF 91s (sort of like Tesla has done with the Model S and X founder vehicles). These loaded versions are expected to be upwards of $200,000. Then, sometime later a ~$150,000 base version of the FF 91 is expected to arrive in order to fulfill Faraday's 'better value than a P100DL' story.

Further down the line is the Faraday Future Project 81, which will be a cheaper vehicle designed to appeal to a larger audience. But cheaper only means in Model S and X territory, not in the Model 3s ballpark.

Of course, none of these vehicles exist in production-ready form and there's no factory to build them in at this point in time, but that hasn't stopped Faraday from announcing it goals/plans/dream etc. Still, at the moment, Tesla is the only player in this segment. Competition simply doesn't exist right now.