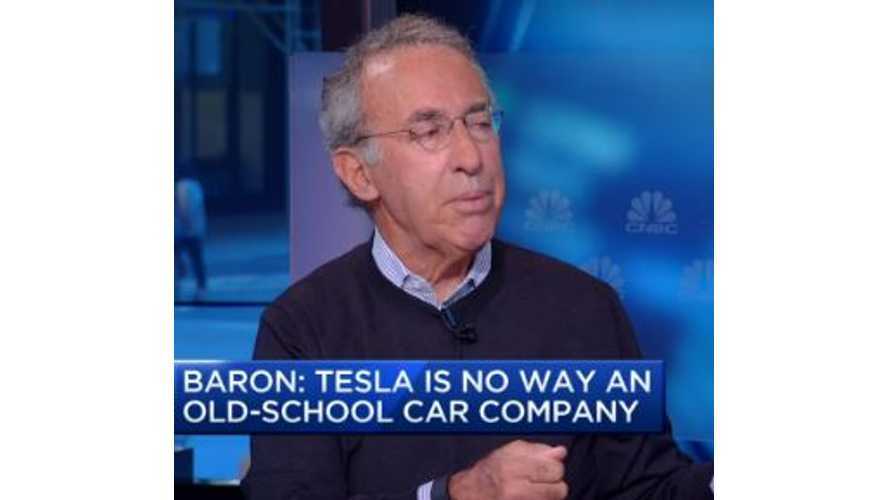 Baron basically concluded that TSLA could be a stock he holds onto for the next 20 years. He stated:

"I think this could be one of the largest companies in the United States and the whole world."

"Baron said it's taken three years to amass a $300 million stake in Tesla, with an average cost per share of $210. "So we've made very little so far. But often times it takes us a very long time to ."

Since Baron has a lot of money invested in Tesla, he's able to visit the factory and see what's going on. Quoting Baron:

"I go there every three or four months. I look at the factory and see how much is changing."

As for why Baron thinks Tesla is a solid long-term investment, he says it's mostly due to lack of competition:

"The competition is not anywhere. They could have caught him four or five years ago. But they can't catch him now. he's too far ahead."

Check out the full interview with Baron on Squawk Box in the video below: