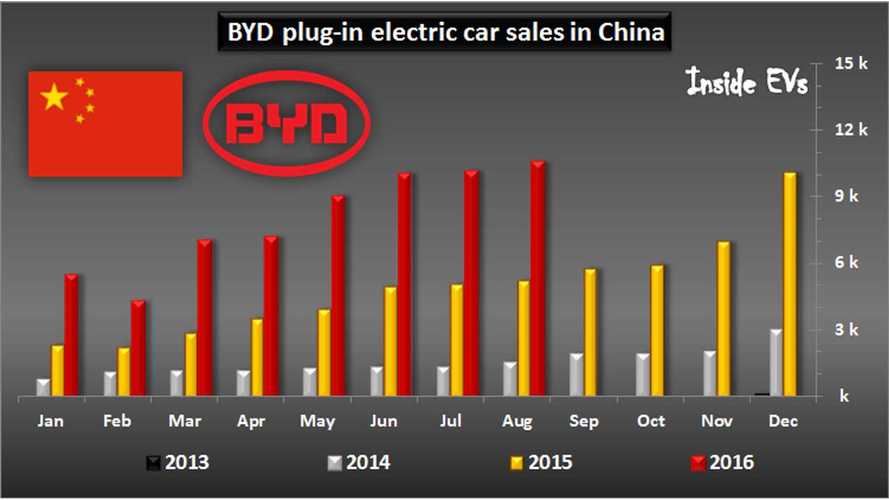 For August, the 10,545 electric vehicles sold by the company was another best ever result, and was also the third consecutive month BYD finished above the 10,000 mark.

With August's result, BYD continues to own about 1/3rd of the EV market in China this year.

Of note (because everyone has a keen interest in what Tesla is up to), the Model S was the best selling imported plug-in for China in August with 559 sold, bring the 2016 total to 3,711 cars, while the Model X finally arrived in some volume, selling 150 copies.