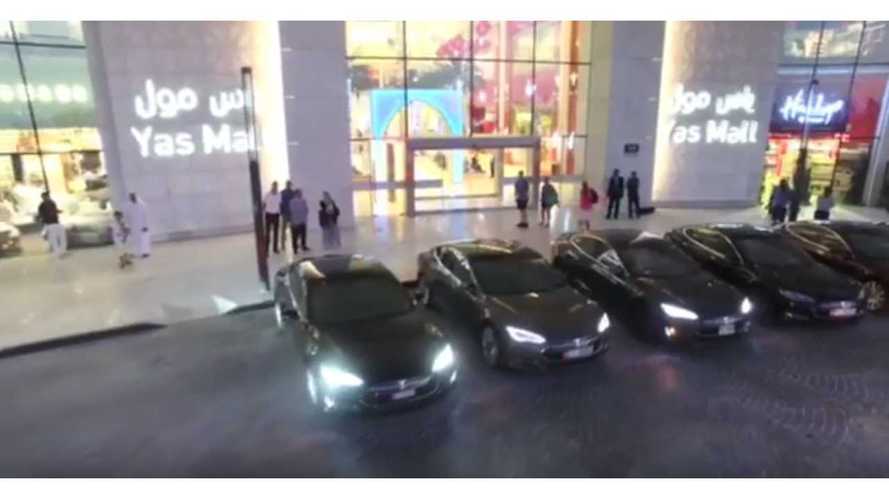 Tesla owners in United Arab Emirates (UAE) had a meeting and put together a video to send a message to Tesla CEO Elon Musk for his company's support. The Tesla owners are asking Musk to "bring Tesla to UAE". They are hoping for stores, Superchargers, and service centers in Dubai and Abu Dhabi.

Tesla currently has no service centers or Superchargers in the area. Jordan houses some Superchargers but they are not within single charge distances from UAE nations and are not even specified on Tesla's charger maps. The charging locations are likely owned by private companies. Model S purchasers have to import their vehicles from other countries, using Tesla or a third-party to secure the transaction.

The group took inspiration from Portugal's recent success in reaching out to to Musk for a Tesla store and service center. Success only meaning that Musk took notice and responded. Early reports said that all of Portugal and Spain would be covered by the end of 2015. Based on current maps, there are two Superchargers not too far from Barcelona in Spain and none in or near Portugal. There are no stores or service centers in either country. Thus Portugal owners attempt to reach out.

Musk assured at the end of 2015 that Tesla will be moving into the remainder of the Middle East areas by the end of this year. The UAE is very affluent, so it only makes perfect sense for Tesla to expand there and to push prior to the inital delivery of the Model 3.

Tesla hasn't made any public annoucements as to official plans or a timeline for moving forward in the UAE area. This may be simply due to the company being very busy on all fronts with the Model X on the roads or getting there in several markets, the Gigfactory, and the looming Model 3 reservations.

Check out the Portugal video that inspired the UAE.