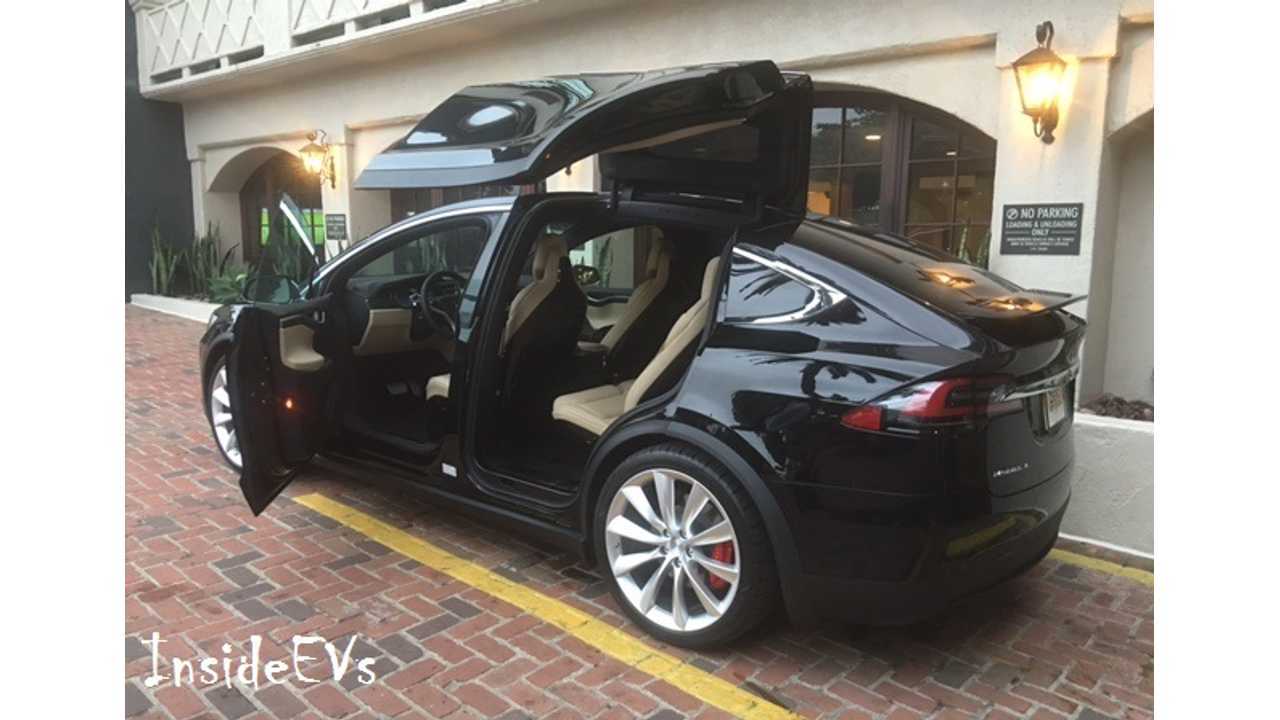 Mel Herbert, via the Talking Tesla podcast has encountered a problem with his Model X when it comes to parking his Tesla on his driveway, which has some slope to it.

The issue comes in actually closing the Model X's Falcon Wing doors (which don't always close all the way), and the front doors.

However, while closing the front door, Mel noticed it would no longer clear the Falcon door.. Had he not noticed, there likely would have been some damage caused to the Falcon Wing door on impact.

Maybe not a big thing, but just as a PSA if you are a Tesla Model X owner, something to definitely look out for.