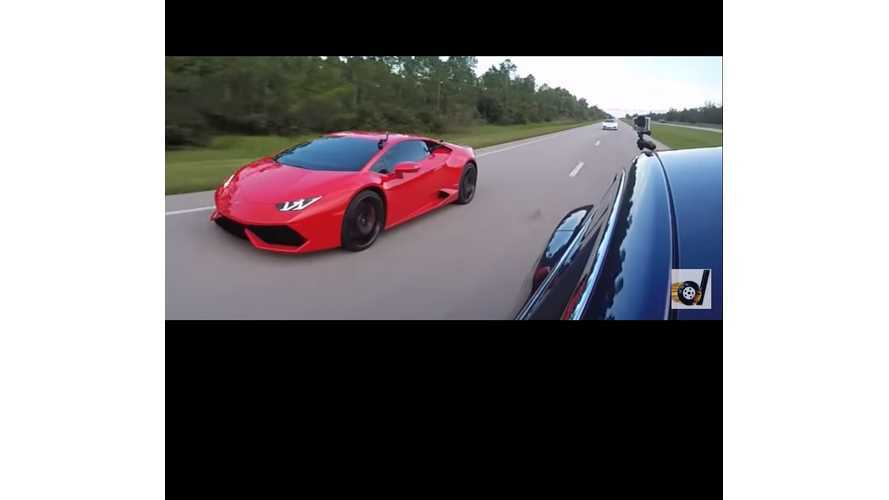 As the first of the newly updated Tesla Model S P100Ds (with Ludicrous mode) are just arriving now, you knew they would be coming...the square-offs against the rest of the world's petrol supercars!

First out of the gate (as one might expect of them)is DragTimes, pitting a Tesla Model S P100DL against Lamborghini Huracan LP610-4 and...

...it's certainly is not that easy for Lamborghini to win the races anymore, as was the case against the P85DL.

More and more road and speed is now needed to reign in the Tesla, and the differences at higher speeds is becoming negligible - one more Tesla upgrade would probably put Lamborghini into the growing group of quarter mile drag losers.

Think you know how fast the Huracan was travelling when it caught the Model S? DragTimes is giving away a free T-Shirt to whoever gets it right (leave your guess in the comments here if you want to win one). Of course once the contest closes, we'll update the story with that number.