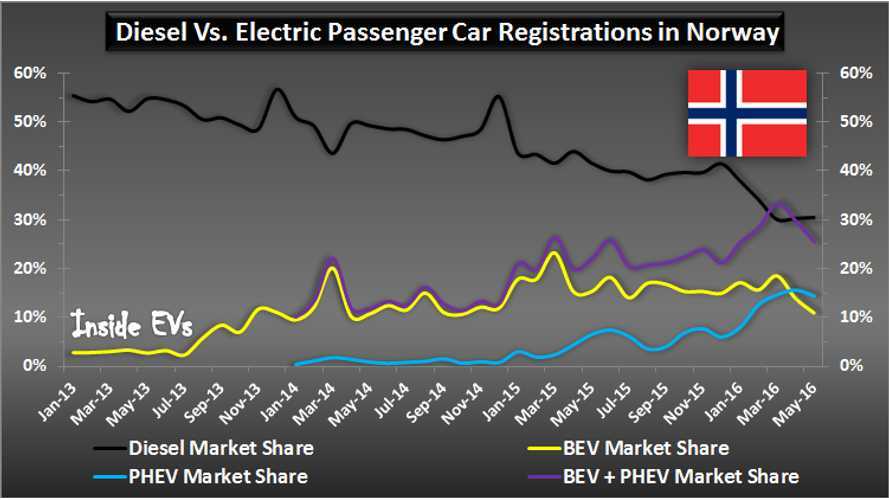 A few years ago diesel cars were in the majority for many European countries, as diesel was favored by governments on various levels.

In more recent years however, diesel has been in retreat. France has even introduced incentives to scrap old diesels, with Volkswagen's DieselGate only adding "fuel to the fire".

An especially good example of the accelerated erosion of diesel is in Norway, where thanks to strong support of plug-ins, diesel has lost half of its market share in just three years.

We are now probably just months away from when diesel falls under 30% market share, as it turns out, diesel's market share is being shown eaten by plug-ins with a very high correlation.