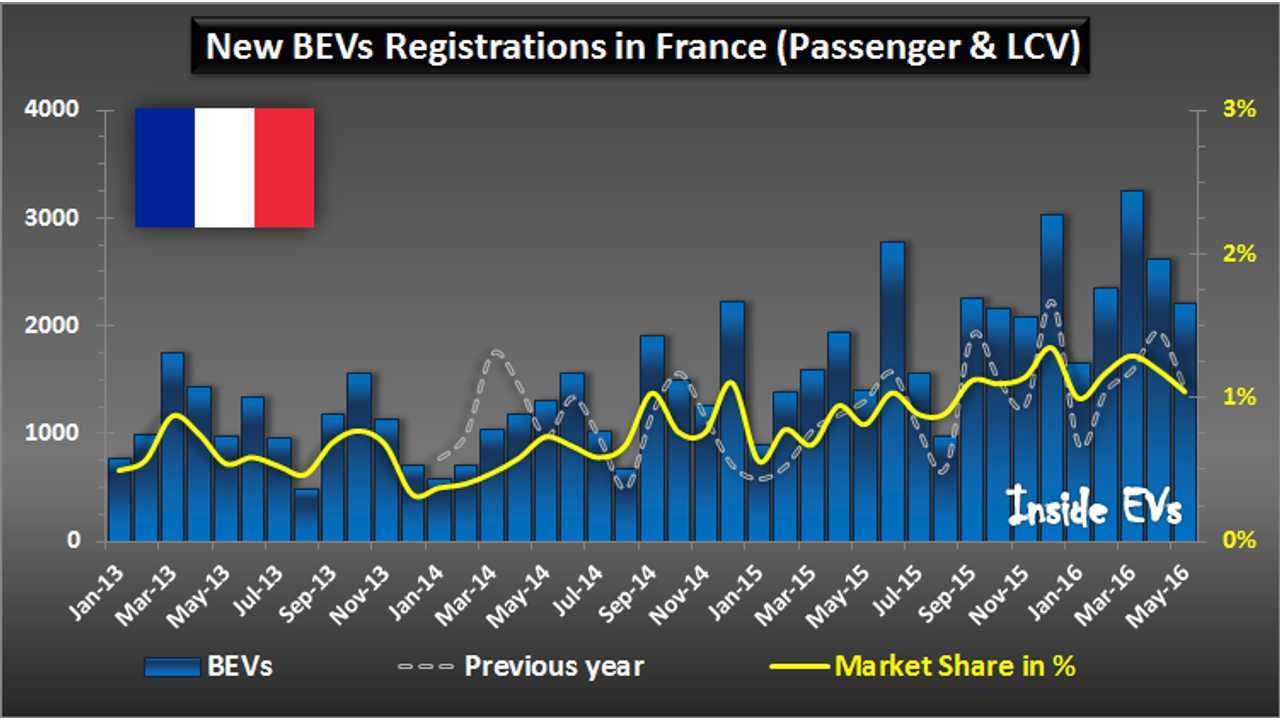 May was 19th consecutive month of growth for new all-electric car registrations in France.

As always, the best selling model was the Renault ZOE, which also improved in May by 44% to 945 registrations.

Just to illustrate the dominance of the Renault EV, with 5,222 sales YTD in France, that would also result in a fourth place finish in the US market for overall plug-in sales - despite France only being a fraction the size of the American auto market.

The Nissan LEAF also does pretty well in France, with 409 registrations (which is three times more than year ago).  The new 30 kWh LEAF, and a growing multi-standard fast charging infrastructure, certainly is helping Nissan to sell more LEAFs (the current number of CHAdeMO chargers in France is approaching 600).